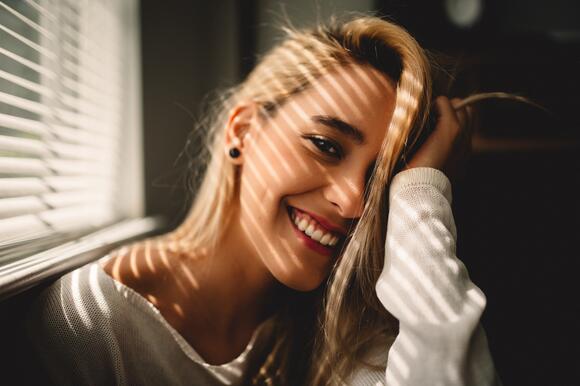 Many people are well-intentioned; they have big dreams and ambitions they want to achieve.

They want to start a podcast, develop a mourning journaling habit, or even just get up earlier. Yet day after day, they find themselves stuck in the same routines to the remark of, ‘I’ll do it tomorrow.’

You’ve been there. You know it can feel impossible to change your life when momentum is working against you. It can feel like you’re treading upstream and getting nowhere. Said Benjamin P. Hardy,

“Most people’s environment is like a rushing river, going the opposite direction of where they want to go. It takes a lot of willpower to tread upstream. It’s exhausting. Instead, you want your environment to literally be pulling you the direction you want to go.”

Here’s what needs to be understood:

Free Will is Contextual

“Choosing and shaping your environment is at the center of what “free will” really means, because your choice of environment and external influences will directly reflect in the person you become.” -Benjamin P. Hardy

Studies have shown that roughly 45 percent of our daily behaviors are automated by habits: you get up, take a shower, brush your teeth and then head off to work all without too much conscious thinking.

Of course, it all seems convenient. Although this is also a very bad thing, being run by habit can soon lead to mindlessness and addiction.

Thus, at least half of those times were mindless and unintentional; they didn’t actively decide to pull out their phone and get sucked into a stream of distraction and entertainment. Instead, they simply found themselves doing it.

“Few want to spend so much time online, but these tools have a way of cultivating behavioral addictions.”

So, the big question is: Where is “free will” now?

The truth is that unless you actively decide how you’re going to act in each situation, then you will not have free will.

Rather, you will unwittingly act out your bodies’ learned subconscious patterns or succumb to the social expectations of your environment. As Dr. Marshall Goldsmith has brilliantly said,

The only other alternative is to decide how you’re going to act and then shape your environment to reflect that commitment.

The remainder of this article will break it down. Here we go:

Vowing, Even Intense Vowing Doesn’t Work. Make a Commitment Instead

“If you’re interested, you come up with stories, excuses, reasons, and circumstances about why you can’t or why you won’t. If you’re committed, those go out the window. You just do whatever it takes.” -John Assaraf

Until you’re committed, you haven’t truly decided what you want. Instead, you’re still emotionally unsure, and thus, indecisive.

For example, if someone offers you a cookie, but you’re trying to cut back on sugar, then you’ll have to actively decide what you’re going to do and rely on willpower to act in your desired ways.

“If you’re serious about the changes you want to make, willpower won’t be enough. Quite the opposite. Willpower is what’s holding you back.”

Good intentions aren’t going to save you.

Vowing, even intense vowing, is often useless. What works is making an unwavering commitment to the person you want to become and then immediately shaping your environment to reflect that commitment.

We all have defaults — behavior that seems easier or natural. The difference in how we lead our lives is in the quality of those defaults.

When your alarm sounds, do you hit the snooze button, or do you jump immediately out of bed?

When you reach into the kitchen cupboard, do you crap a healthy snack, or a bag of chips?

What if there were no chips? What if your alarm was on the other side of the room? I bet your behavior would change and in turn your life.

Disrupt your environment and make the right choice the easy choice. We’re already inclined to favor a life of ease, don’t make acting out your desired behavior any harder for yourself.

Good intentions are common. Being committed is rare.

Most people never truly get what they want because they fail to realize that the majority of their actions are not a result of conscious thought, but rather, learned subconscious patterns and environmental expectations.

Until you’re committed, you’ll always be emotionally unsure; you won’t really know what you want. The alternative is to change your defaults and make the right choice the easy choice.

You get to design your environment and in turn your life: who will you become?