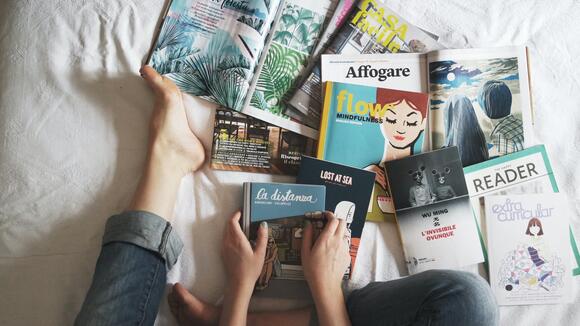 However, you never shape your life through a single moment, but rather, each sequential moment. It’s what you do in one moment that determines what you experience in the next. As Gary Keller has said,

“The truth about success is that our ability to achieve extraordinary results in the future lies in stringing together powerful moments, one after the other. What you do in any given moment determines what you experience in the next.”

The remainder of this article will explore 6 small things that highly successful and productive people do differently. Here we go.

1. They Invest in Themselves

“Although the media often discuss the disparity between the rich and the poor, they frequently fail to cover the amount of time and energy the wealthy have committed to reading, studying, and educating themselves.” -Grant Cardone

Isn’t it interesting that most people will happily spend money on junk food and entertainment, but yet when they see the cost of a book or a seminar, they’ll immediately say, “no thanks.”

You might ask: Why is that? Because for them, it’s more about the cost than the reward. They can’t actually see how a $20 book might benefit their life like they can with a movie or a cheeseburger. So, they do just ignore it.

However, when you begin to see things as an investment rather than a cost, you realize that your whole life is a matter of priority and spending money on your goals and dreams is how you evolve.

You know that investing in yourself is how you elevate your sense of what you believe you deserve and will often result in a 10X return. As Benjamin P. Hardy said,

“Distractions destroy action. If it’s not moving towards your purpose, leave it alone.” -Jermaine Riley

The unfortunate reality is that most people just don’t know who they are or what they’re about. As a result, the world simply decides for them. They are easily tossed to and fro by all the distractions in the world.

Those who are successful and productive, however, are able to filter the junk from the essential through the lens of their future-self. As Cal Newport has said,

The question we should be asking is: Does my vision impact and inspire my daily behaviors, or is it an ideal that I never truly live? As Peter Senge has said, “It doesn’t matter what your vision is. It matters what your vision does.”

3. They Spend Their Time Creating Rather Than Consuming

“Creators focus on outputs rather than the general populace who focus on inputs.” -Benjamin P. Hardy

Of course, being inspired is fine. However, like with your vision, you’ve got to ask: What is that inspiration actually doing for you?

Anything anyone else has done, you can do it too, but you’ve got to be willing to strap up your boots and get on the field. As Seth Godin has said,

“Twenty people on the field and eighty thousand in the stands. The spectators are the ones who paid to watch, but it’s the players on the field who are truly alive.”

Activity and productivity are not the same thing. You can do a lot in a day, however, ticking off ‘to-dos’ is no indicator of success. Rather than trying to see how much you can do, focus on what you do.

As Benjamin P. Hardy has said,

“Success is 20 steps in one direction instead of 1 step in 20 directions.”

Indeed, the key to productivity is not necessarily doing more but rather allowing what matters most to drive your day. Find your key priorities, and then schedule them.

5. They Love Their Life in the Here and Now

“Love the life you have while you create the life of your dreams. Don’t think you have to wait for the latter to do the former.” -Hal Elrod

You can probably agree — most people have a complete lack of gratitude for their current circumstances in life. Rather than being grateful for what they do have, they’re completely focused on what they don’t have.

They’ll often insist that they’ll be happier when they achieve more goals, obtain more wealth or see some other material changes in their circumstances.

However, that’ll never actually happen — if you don’t appreciate what you’ve already got, you’ll never be happy with what you get. To quote Nicolas Cole,

“Nothing will ever be enough, as long as you are looking to the “thing” to fulfill you.”

Highly successful and productive people, however, don’t take a moment for granted. To them, all of life is upside. Their security is internal. They’re not worried about outcomes or results. Instead, they know it’s all coming.

While most people allow FOMO and societal pressures to dedicate their choices, highly successful and productive people are staying true to their values. If it doesn’t align with their vision, then they don’t do it.

They know that what might feel good in the moment will only be followed by internal conflict and regret. As Darren Hardy has said,

“Nothing creates more stress than when our actions and behaviors aren’t congruent with our values.”