Endure the Hard Stuff to Get to the Easy Stuff 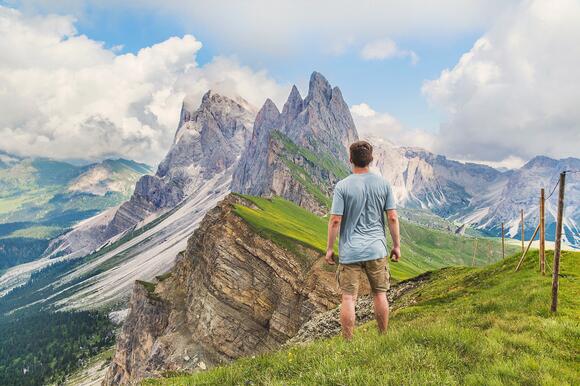 If you were to ask almost anyone what they want to achieve with their time on this earth, the answer will probably be something like this: “I want to be happy, explore the world, have a great family and work a job I enjoy.”

The question then is: Why is everyone not living this life? Why are so many still frustrated and upset about their current reality?

The issue, however, is there is no effortless way to win success. You will not magically wake up to everything you’ve ever wanted. In order to get to the easy stuff, you must endure the hard stuff. As Benjamin P. Hardy has said,

Make What You Achieve Worth the Pain

“If what you are trying to achieve in life is not worth the pain, then it’s a lousy goal in the first place.” -Tim Denning

In his book, Living with the Monks, Jesse Itzler shared a piece of advice that helped him keep going after being broken and beaten at the 76th mile of his first ultramarathon:

“The pain will last a week, but you’ll have the memory forever.”

He then went on to finish the entire 100-mile race and spend the following three days in a wheelchair. He’d decided that the temporary pain and suffering was worth a memory he’d be able to cherish for a lifetime.

The question then becomes: How was Jesse able to sacrifice walking for the sake of his goal, when some people are barely able to drag themselves out of bed in the morning to work on their goals?

The difference is that Jesse had wrapped himself up and fully immersed himself in his goal to the point that there was literally no other option, while most people “dabble” and approach their goals as simply a nice to do.

You’re always telling yourself a story about what you’re doing and where you’re going, let it be a story that you’re going to succeed and that there is no other option.

In short, you’d need to make what you’re trying to achieve worth the pain.

“We don’t do this work because we feel like it in the moment. We do this work, this draining emotional labor, because we’re professionals, and because we want to make change happen.” -Seth Godin, This Is Marketing

People who only work when they feel like it don’t achieve very much.

Indeed, most people think they need to be motivated before getting to work, but this is backward. Motivation, momentum, and inspiration all come from doing the work itself, not the other way around. Wrote Mark Manson,

“Action is not just the effect of motivation; it is also the cause of it.”

Similarly, Harvard psychologist, Jerome Bruner has said, “You’re more likely to act yourself into feeling than feeling yourself into action.”

Don’t worry about how you feel in the moment, just get yourself to do whatever you need to do. Within time, you’ll forget about your mood and instead be focused on the all the beautiful change your trying to create in both yours and other people’s lives.

But without the work, there can be no change.

Endure the hard stuff to get to the easy stuff.

If what you’re trying to achieve in life is not worth spending three days in a wheelchair for, then perhaps it’s a lousy goal in the first place.

You’re not always going to feel like doing the work in the moment. You can’t just wait until you feel “inspired” to act. Rather, you have to act and let the momentum catch up to you.

There will be hard times. There will be obstacles. But instead of focusing on that, you need to focus on the result of what you’re trying to achieve.