Use the 10/90 Rule to Help Find Focus, Save Time, and Get More Done 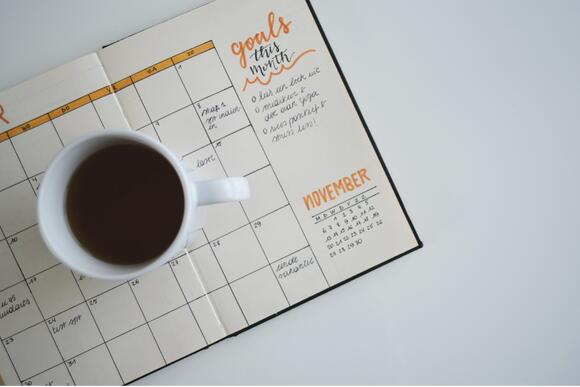 “Planning is bringing the future into the present so you can do something about it now.” -Alan Lakein

Productivity is simple. It ultimately comes down to just two things: being clear of your intentions and taking deliberate steps in the right direction. What’s interesting is that the 10/90 rule can actually help with both.

Specifically, the 10/90 rule says that the first 10 percent of time you spend planning and organizing your work before you begin will save you as much as 90 percent of the time in getting the job done once you get started.

For example, every minute spent in planning can, therefore, save you up to as much as ten minutes in execution.

Research in the field of psychology also agrees. One study clearly states that having clarity about your goals is essential to having the motivation to achieve those goals. If you’re not clear on what you’re doing, then it’s very hard to be motivated.

Hence, rather than needing more motivation, what you really need is a plan. As Dr. Benjamin P. Hardy has said,

“If you don’t believe you have an effective means of achieving your goal, you won’t be motivated.”

To be clear, the 10/90 rule works by providing clarity around what needs to be done and how it will be done. Clarity is what creates focus. Focus brings efficiency. With efficiency, you get more done in less time.

The remainder of this article will explore a few ways to use the 10/90 rule in your daily life. Here we go.

1. Plan Your Day Before Going to Bed

Jim Rohn once said, “Never begin the day until it’s finished on paper.” Similarly, Benjamin Franklin had famously said, “If you fail to plan, you are planning to fail.”

Of course, both are right. If you fail to plan the day, what you’re really saying is, “I don’t care how my day goes.” Come what may, you’re ready to be detoured off course at any moment.

When you solidify a plan, however, you’re making a commitment about how your time will be spent. Rather than merely reacting to the events of the day, you’re shaping them to suit your liking.

So, planning the day is something that need not take more than 5 minutes before going to bed. Simply take a few minutes to get organised and remove willpower, decision fatigue and procrastination from your life.

There’s another benefit to planning and writing things down: it engages both your conscious and subconscious minds. With your subconscious mind at work, you no longer have to actively think about it.

For example, let’s say you put on your calendar that work a presentation needs to be done two months from now. What’s going to happen is that your subconscious mind will turn that over and randomly pump out ideas about how to make it happen.

Of course, it won’t necessarily be on your conscious mind at the time. However, it will still be a problem being solved behind the scenes. As neuroscientist David Eagleman writes in his book, Incognito,

“When an idea is served up from behind the scenes, your neural circuitry has been working on it for hours or days or years, consolidating information and trying out new combinations. The brain works its machinations in secret, conjuring ideas like tremendous magic. It does not allow its colossal operating system to be probed by conscious cognition.”

3. Outline the Task Before You Begin

“Plans are nothing; planning is everything.” -Dwight D. Eisenhower

In any pursuit you’re doing, 5 minutes of outlining can save you hours.

Additionally, you should also think about and plan what you’re trying to achieve or accomplish from the task before begin. The clearer you are on the reasons behind a task, the easier it be. As Jim Rohn writes, “The bigger the ‘Why’, the easier the ‘How.’”

What’s very important to note, however, is that too much planning can very quickly turn into procrastination.

Don’t think you need to have it all figured out before you begin. Instead, start with the first few steps and then build there. As Nicolas Cole often says, “You can’t steer a stationary ship.”

The 10/90 rule says that the first 10 percent of time you spend planning and organizing you work can turn into as much as 90 percent of the time that you save in execution.

The power of having a plan is that you no longer have to question what you’re going to do. Rather than wondering what’s going to make the biggest impact, you simply live out what you’ve already written down.

If you allow your subconscious to the work, you’ll find you can get the job done faster and better than you initially thought. So, get yourself a notebook, and you’ll be ready to make yours days and life increasingly more efficient.