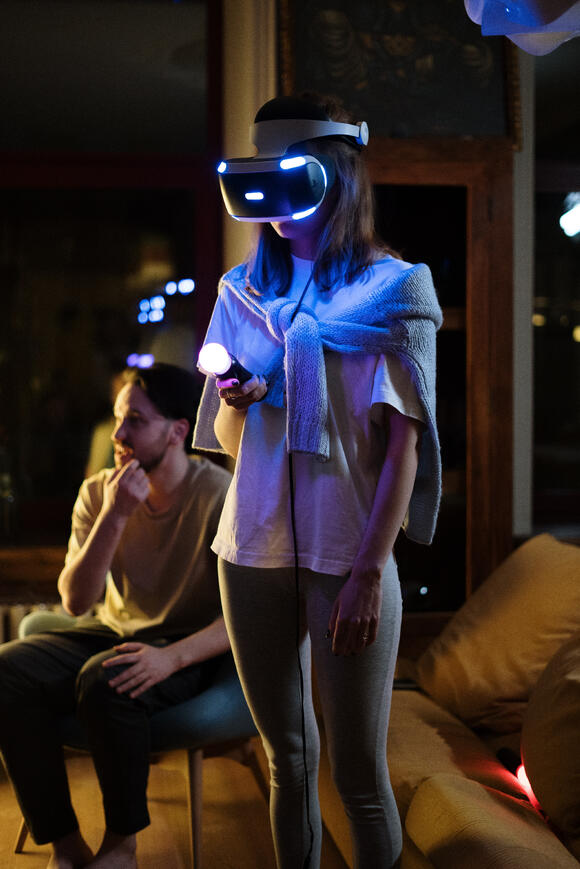 Photo by cottonbro from Pexels
The internet is a great invention. Writing online makes me hundreds of dollars each month without setting foot in an office.

I can make $400 from a dog cryptocurrency and use that to pay half my rent. It’s crazy.

We can access more information than anyone previously thought possible.

Which makes me wonder … why are we abandoning reality if we have the tools to make it better?

Facebook, sorry “Meta” (they rebranded), is building a virtual world for billions of people to hang out in, called the Metaverse.

If you haven’t seen Mark Zuckerberg’s concept video, you can watch it here.

It definitely reminds me of the movie, Ready Player One, where all the characters live inside a computer game because the real world has turned into a huge garbage dump.

We’re destroying this planet. Global warming is eventually going to end humanity in a few generations, and a billionaire is now offering a fake world for us to immerse ourselves in.

Anyone else hearing the warning bells here?

Could it be any more dystopian?

But yes, I will try out the metaverse.

I’m curious. I want to see how tempting it is for everyone. I’m also curious how many Facebook/Meta advertisements will be shoved in my face every time my avatar turns around.

In my eyes, creating the metaverse is similar to the race to Mars. It’s the brainchild of a billionaire who has the money and power to help save the planet and aid the people who live there, but the billionaire decides instead to look for or create a new world to build from the ground up.

They do this instead of solving the problems on Earth. They’re bored rich men, not revolutionaries trying to make a better future for humanity.