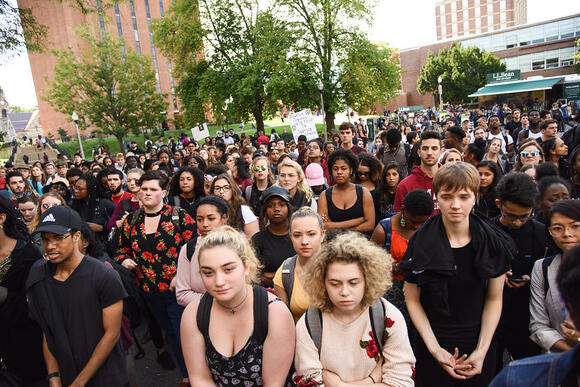 According to Justin Moore, who is representing one of the three ladies, the hostess used a racist epithet and was disrespectful to them while implying their immunization cards were phony, according to The New York Times. Activists also protested COVID-19 vaccine passports, which they allege will unfairly affect Black people.

"Listen, the vaccine is a choice, it's a choice. You shouldn't exclude people from everyday activities because they choose not to engage in something they have every reason to doubt."

The response of the restaurant was as following:

"Three of our hosts who are respectively Black, Latinx, and Asian American women did their best to welcome a large party while enforcing New York’s vaccination requirement for indoor dining. We require that every guest show evidence of vaccination to eat inside. Unfortunately, some male members of the party were unable to provide vaccination proof and so could not enter the restaurant. Three female guests in the party who had shown proof of vaccination and been welcomed into the restaurant without issue then launched an entirely unprovoked, brutal attack on our hosts, one of whom continues to suffer from a concussion."

Overall, I think Florida is a beautiful state but there might be some places like everywhere in the country where you don't want to be. Let's take a look at the 5 most dangerous places in the state of Florida.

Frequent Disney World visitors in Orlando, Florida can now purchase Annual passes to visit the theme park as much as they want. For those who frequent Walt Disney World in Orlando with their families, it's likely that you've been keeping an eye out for some of the major changes that have taken place there recently.