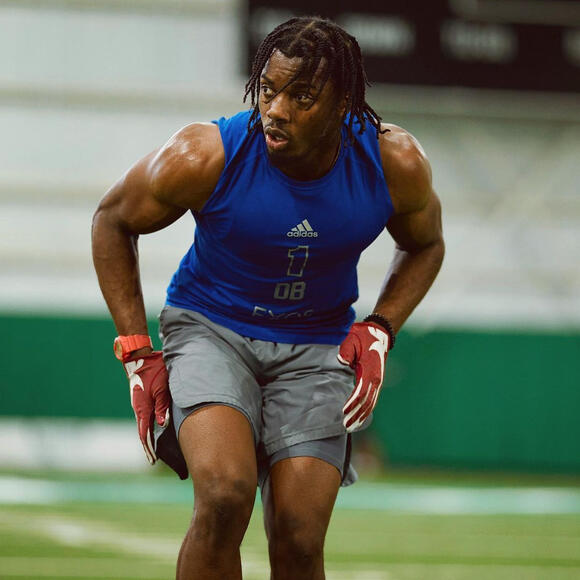 NEW ORLEANS, LA — Paulson Adebo, the New Orleans Saints third-round draft pick, is eager to be in an NFL-level match after opting out from the 2020 college season.

"I feel like I prepared well over the past year," Adebo said during his Saints Minicamp interview with local media. "Coming back, I'm in shape. I feel like this is the best shape I've been in physically, mentally. So, I feel like the last year's work, even though I didn't play, I did a good job staying in the loop as far as watching film, making sure that I'm just touching up on things whether it's on-the-field work or off-the-field work."

The Saints moved up in Round 3 to draft Adebo 76th overall with a trade where the Saints sent Denver the 98th and 105th choices.

The 6 feet 1, 198 pounds rookie was designated as a two-time All-Pac-12 honoree 2018 and 2019 period, and the All-Pac-12 second team by The Associated Press in 2019. Adebo played and started each of the first nine games before an injury at a season-ending match. He had 33 tackles, 10 pass breakups, and four interceptions in total.

Dennis Allen, the Saints defensive coordinator, appears to be confident of the rookie.

"I think we got to get him out there and throw as much at him as we possibly can and see how he responds to it," Allen said. "He's big, long, can run, is smart, a lot of the characteristics that we like in a corner. I'm sure there's going to be a little bit of rust in getting out and playing the game of football, but the offseason program and what we do between now and training camp in getting into football playing condition so that he can operate at an optimal level once we get to training camp."