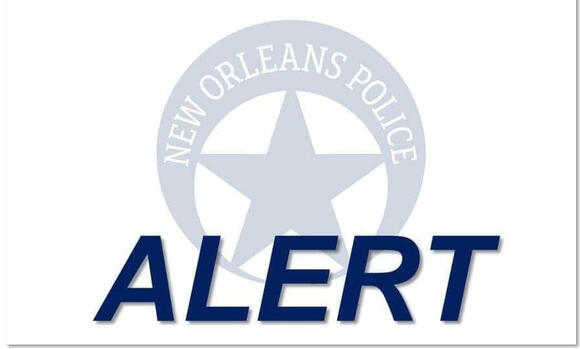 NEW ORLEANS, LA — A man was hit by a vehicle and knocked over the side of the highway's guardrail when he was strolling on Interstate 610 in New Orleans early Sunday morning, according to the New Orleans Police Department (NOPD).

Officers from the Third District were dispatched to the scene of the traffic accident that involved a 2015 Dodge Challenger and a pedestrian at around 2:16 a.m in the area of the location. Initial investigation indicates that the vehicle was traveling in the eastbound lane of I-610 when it collided with an unknown man who was walking in the left lane of the route.

According to the NOPD, the victim was thrown over the railing and fell on the ground beneath the roadway near St. Anthony Avenue and Benefit Street, which is near the intersection of St. Anthony and Benefit streets. At the scene of the accident, he was pronounced dead by emergency personnel.

The driver of the vehicle remained at the site and is cooperating with the investigation, the NOPD said. It was reported that the driver did not exhibit any signs of impairment and was released.

At this point, NOPD still maintained that there is no new information available. However, this case is still classified as a Be on the Lookout situation. In accordance with state law, the Orleans Parish Coroner's Office will identify the decedent and determine the official cause of death once the autopsy has been completed and the deceased's family has been notified.

Inquiries into the case are being conducted by NOPD Traffic Fatality Investigator Edgar Edwards. He can be reached at 504-658-6208 if anyone has any information regarding this investigation.

NEW ORLEANS, LA.- Being a coastal town, New Orleans has many problems regarding its waterways, either in the levees or the water management. This article is the second of four articles that shows New Orleans' yellow fever pandemic and its effort to manage sanitation.

NEW ORLEANS, LA.- As a coastal town, New Orleans has many problems regarding its waterways, either in the levees or the water management. This article is the first part of four articles that shows New Orleans' yellow fever pandemic and its effort to manage sanitation.

Zeanah has been named an American Academy of Nursing Fellow

LAFAYETTE, LA - Dr. Paula Zeanah, a University of Louisiana at Lafayette educator has been named to the American Academy of Nursing's 2021 Class of Fellows. Zeanah is UL Lafayette's second academy Fellow in as many years.

More things you can do in September in NOLA

NEW ORLEANS, LA - August is almost over and there are lots of activities to do and places to visit in New Orleans. There are ongoing and upcoming events you should look out for. So, here are some more things you can do in September in New Orleans.

Things to do in September in NOLA

NEW ORLEANS, LA - September is almost here and there are so many things you can do in New Orleans. From its various restaurants, festivals, events, sports events, and more. Here are some of the activities you can do in the Big Easy.