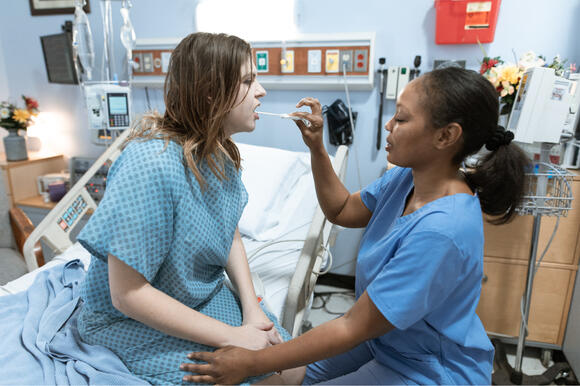 AKRON — Director of Akron Children’s Pediatric Arrhythmia Center, Dr. John Clark, was the first pediatric cardiologist in the nation to use 3-D mapping instead of X-ray imaging during catheter ablation to treat supraventricular treatment tachycardia. He first performed the procedures in 2005.

The catheterization lab technique that Dr. Clark mastered 16 years ago should be the new standard in the world of pediatric electrophysiology, as the recent study published in the journal Cardiology in the Young compiled other advantages of 3-D mapping.

The international study results show a 97% decrease in radiation exposure than the previously published standard of care.

In addition to that, procedure times were significantly shorter, and the complication rate was considerably lower. The success rate was better compared with the earlier report for all arrhythmias studied.

There was over a 600 percent increase in the average annual medical radiation exposure to U.S. patients that happened between 1982 and 2006. Early awareness of this problem led to improved protocols for fluoroscopy, combining the “as low as reasonably achievable” principle.

“Radiation exposure carries a lifetime risk of cancer for all patients. But since children have a longer time still to live than adults, this new approach is of major importance to our youngest, most vulnerable patients,” said Dr. Clark.

Although most pediatric electrophysiology labs in the United States are now equipped with 3-D mapping systems, there remain marked variations in experience with, and usage of, these systems, noted Dr. Clark.

Factors contributing to the variability may include cost concerns, technical support, and generally excellent fluoroscopic imaging and learning curve outcomes.

You can find the study in the Cambridge University Press at https://bit.ly/32XgRKM.