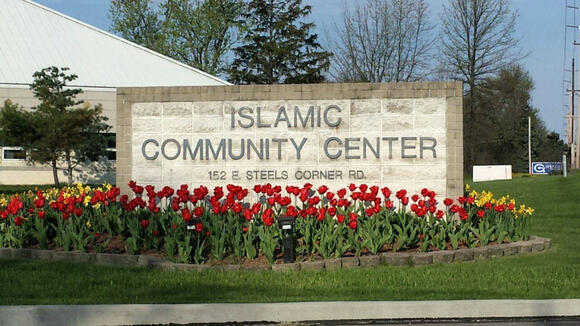 The Islamic Society of Akron and Kent - ISAK/Facebook

AKRON — The Islamic Society started when a group of Muslim students at KSU established a small mosque in their apartment at Rhodes Ave., Kent, in September 1979. Then Muslims from neighboring communities joined them in June 1980. They started the Sunday Islamic School with an initial enrollment of eight children.

Shortly after, in 1980, the community relocated the mosque to a house in Williams Street. In 1981, the Islamic Society of Greater Kent was formally established. In August 1982, the _masjid _was moved once again to a rented apartment in Silver Oaks Complex located off Horning Road in Kent.

The Society purchased a building that used to be an old church on 325 Crain Avenue in Kent in December 1985. Extensive renovations were made to the building structure to convert it into a mosque. The work was completed in May 1986, and an open house was held for Muslims and Non-Muslims alike.

In June 1995, they moved to a larger location. They purchased a 17.4-acre plot of land on 152 East Steels Corner Road in Cuyahoga Falls. The new Islamic Center was estimated to cost $2.5 million. It consists of three parts, a mosque, Islamic School, and a multi-purpose Hall.

Meanwhile, in Akron, Muslim students of the University of Akron established their first mosque on Powers Street in 1985. Then, the Islamic Society of Akron was formally established in June 1989. By 1991, the community moved the mosque to another location on Sherman Street, Akron.

The organization aims to promote goodwill, understanding, fellowship, and tolerance; strengthen the bonds of the Muslim community; provide guidance based on the teachings of Islam; disseminate information on the teachings, history, culture, and philosophy of Islam; organize courses of study to meet the needs of Muslims as well as non-Muslims; maintain the Islamic Center to serve as a place of prayers and religious activities; and promote understanding and act as a channel of communication between Muslims and non-Muslims.

Akron, OH - The faculty's clarinetist, Stanislav Golovin, will perform soon, on August 29. Guzzetta Recital Hall of The University of Akron welcomed Golovin to perform on their stage.