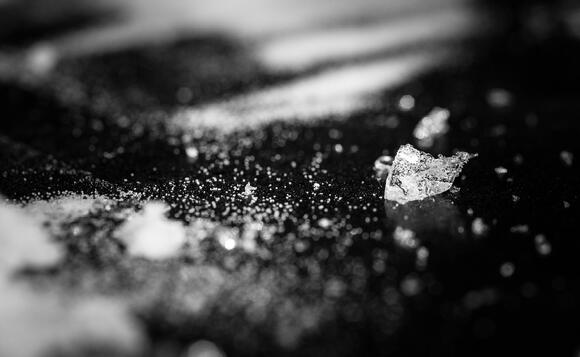 JamesRonin/Pixabay
AKRON — Lamark Glover, 22, has pleaded guilty to distributing methamphetamine and possessing a firearm in furtherance of a drug trafficking crime on June 7, according to Acting United States Attorney Lisa G. Johnston.

On June 20, 2019, Glover admitted that he distributed an ounce of methamphetamine to a top-secret informant in Charleston, West Virginia, according to court documents.

He explained that agents discovered several items in his vehicle, including methamphetamine, fentanyl, and a loaded of 40 caliber pistols equipped with a 30-round magazine when he was arrested in Charleston on September 22, 2019.

Glover confessed that he had the intention to distribute the drugs, and he claimed he possessed the pistol to protect himself from other drug dealers and users.

He also admitted that he and others took part in a conspiracy between July and September 2019 to distribute methamphetamine frequently shipped from Akron to several locations in West Virginia.

Glover added that he received quantities of the drugs he would distribute in the Charleston area. Some of his customers redistributed the drugs to other drug users all over the district.

City of Cleveland job vacancy for IT Program Manager

Goodyear announces partnership with Plus on autonomous trucking technology

AKRON, OH - On August 23, The Goodyear Tire & Rubber Company announced a partnership with Plus (formerly Plus.ai), a leading self-driving truck company that provides optimized, autonomous trucking solutions that is safer, cheaper, more comfortable, and better for the environment.

CLEVELAND, OH — A boutique retail outlet specializing in creative counterculture related items, The Headshop, will be hosting an art show opening night "Indelible" which will take place on Saturday, September 11, from 6 p.m. to 8 p.m. EDT at La Cosecha Galeria, 4490 Pearl Road, Cleveland, OH 44109. This event will introduce the talented artist Camara Goodrich through her art.