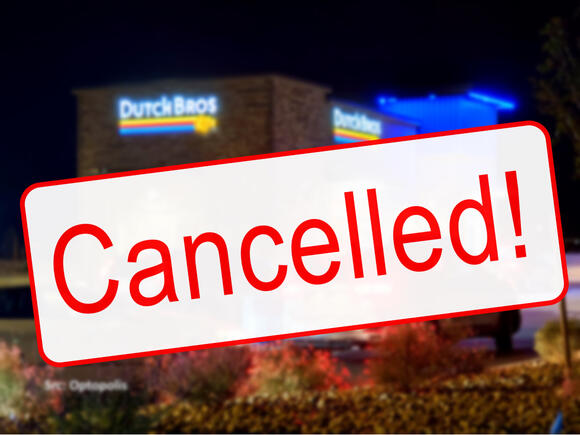 Back in October 2021, there were site plans in the city planning website for a new Dutch Bros Coffee. Now, it appears the project may be no more, seeing a new submission within one of the project items from April 2022 in addition to some other rather unexpected details.

As of the time of the post here on Optopolis from last October, there were site plans within one of the project items on the Cheyenne City Planning website in place for a new Dutch Bros, suggesting that Fernando's Mexican Grill, the most recent tenant of the former Dell Range Burger King, would have to either relocate or close. The site plans noted Major Wood Partners, LLC as the owner of the property, and a recent check of the property assessor maps confirms this info.

Since the time of the original article, a sign was posted on the front door that said Fernando's would be permanently closing by the end of March, 2022; this appears to have come true, as the restaurant was closed when checked on April 2nd. At least two of the signs posted around the building were updated to state the restaurant was closed, encouraging customers to visit the other location on Lincolnway--Rodolfo's Mexican Grill.

Several new planning items pertaining to Dutch Bros would be submitted in April to the Cheyenne City Planning website under the Permits section. The description and plans all have specifically mentioned that Fernando's would be demolished for a new Dutch Bros.

A new attachment recently appeared in the permit item classified as Restaurant/Bars New, entitled Closure Request. The file contains an email with the subject reading, "Building Permit Reimbursement," requesting the closure of the account and reimbursement of building permit at the former Fernando's. The email in the file appears to have been sent on Monday 8/22/2022, and the file itself notes a date of 9/12/2022. It's worth mentioning that the reimbursement was asked to be made out to... you guessed it, Major Wood Partners, LLC, the aforementioned current owner of the property.

As of the time of writing this article, the "Restaurant/Bars New" permits item in the city planning website still displays the status, "In Progress," while the Development Projects Google MyMaps file no longer displays a marker at the location of the former Fernando's. At the time of the last article on this topic, the Dutch Bros website did not yet display the Cheyenne location as a future Dutch Bros location, and this doesn't appear to have changed, as no marker for a Cheyenne store is present right now on the Dutch Bros website.

As a matter of fact, a quick Google search reveals that the property was put up for sale on Loopnet; the page was created back in August with a last-updated date of 9/27/2022. It also is being advertised on a listing from Showcase.

For now, here at Optopolis, it's unclear if Dutch Bros still has plans of any kind to expand to Cheyenne at some point in the future, but it's pretty clear they won't be coming to the former Fernando's.

Since Dutch Bros isn't coming to the former Fernando's Mexican Grill, which store or restaurant would you like to see open at this location instead? Let us know your thoughts in the comments.