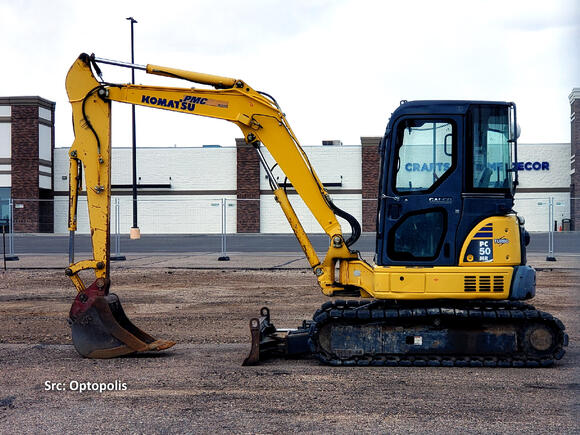 There's been many construction projects (including retail ones!) happening along the Dell Range Corridor and vicinity. Here's an update on new changes taking place in the area!

North of the Frontier Mall

Starting further west and just north of the Frontier mall, progress has been made on numerous projects. For instance, US Renal Care/Cheyenne Dialysis started building a location along Prairie Avenue earlier this year (as previously shared here on Newsbreak), and not only is it now built--it is open!

Several new-building projects have broken ground. Freddy's Frozen Custard and Steakburgers has finally broken ground on their new building in front of Lowe's Home Improvement, and Coyote Ridge Elementary School just north of Pointe Frontier Retirement Community and off of a soon-to-be-extension of E Carlson St is already well underway.

Buffalo Wild Wings has finished the remodel of their restaurant, with a new paint job and new signs up around the building; the interior also got a refresh and feels arguably better lit than before the remodel. Just behind of BWW, Natural Grocers closed to relocate on September 19th to their new Dell Range Blvd location; more info on the new location can be found under the Frontier Mall Dr to Rue Terre section of this article.

At the Frontier Mall

Shifting into the Frontier Mall, two new businesses have opened at the Frontier Mall! Near JAX, Crumbl Cookies just expanded to Cheyenne with the first of their Wyoming locations, taking over the former AT&T (part of the previously former Old Country Buffet); near the former AMC, Forge Cafe just opened in what was previously Galaxy Cafe and long-ago Subway.

Also, Shoe Carnival previously completed a refresh of their store. Although it is relatively subtle, the store definitely has a new look to it! It appears the most obvious changes include the signage for each section of the store as well as a different color scheme at the mall entry.

Three businesses are setting up shop in existing structures along this portion of Dell Range Blvd as well as one business building a new structure. Tres Amigos is in the process of opening a second location in the capitol city, a Mexican restaurant that opened its first location in the former Village Inn at the interchange of W Lincolnway and I-25.

Just east of the soon-to-be Tres Amigos, Natural Grocers has renovated the former Barnes & Noble; after several months of renovations, the store is now open--having had its grand reopening on Friday, September 23rd.

On this topic, Barnes & Noble Cheyenne has postponed their reopening date to late October and have not made any noticeable changes to the previously-planned future space next to JAX in the Frontier Mall... Except that now, the coming soon signage has been taken down, so it's now unclear if they are still planning to open in the Frontier Mall or going to open in a different location.

Just north of the new Natural Grocers, Burlington Coat Factory is about to begin renovations on the west half of the former Kmart for their new store and a TBD tenant, and the new Mattress Firm is inching very close to completion, with the building frame up and walls surrounding the building. Just south of the Mattress Firm, you can see a sign showing a birds-eye landscape view of the soon-to-be Burlington.

New things are happening both north and south of Walmart on Dell Range Blvd. Panda Express, just south of Walmart, just recently repainted their building with a darker tone. On the other hand, north of Walmart, a new residential development is in the process of being built; it began breaking ground several months ago.

Over by Menard's (corner of Dell Range and Windmill), there are a couple different projects taking place! In front of Menard's, Tommy's Express Car Wash, an automatic car wash, is nearly built! The structure is already up and the parking lot is being built. It likely won't be much longer before it officially opens!

Just south of Chick Fil A, Nielsen Chiropractic is in the process of getting replaced by LIV Health, a Mental Health Urgent Care. Signs at the location say it was set to come in fall of this year, so it likely won't be long before they open, either.

Which of these businesses are you most hyped about!? Let us know your thoughts in the comments!