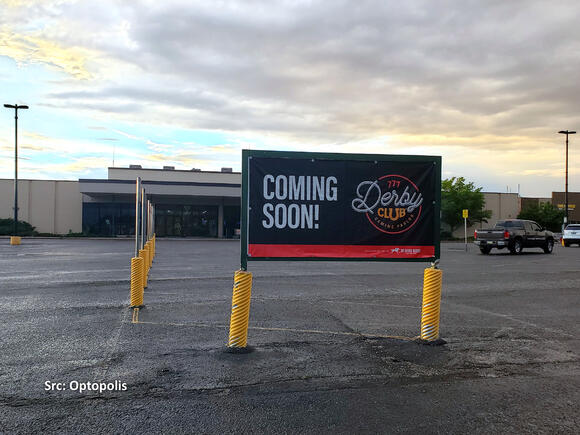 You may well recognize this building as Montgomery Ward! The building is now in the process of getting replaced once again!

By May of 2019, the Department of Workforce Services began the process of renovating the Sutherlands, former Kmart, located on Yellowstone Road; this was only a few months after site plans had been submitted late in the year 2018. By October, the former Sutherlands building had been fully renovated and converted into office space, and the Department of Workforce Services began operating out of the new space.

This left most of the Pershing Montgomery Ward building vacant, although a recent visit to the area confirms that the Department of Family Services is still in the space, and some other offices may still be being used by various other services.

Renovations of the Montgomery Ward Begin

Earlier this year, various site plans were submitted at the site of Pershing's former Montgomery Ward. They include but are not limited the following:

The Liquor Store and Lounge is set to take over the western-most section of the building, west of the Family Services offices, and is set to have an entry on the south edge near the former Workforce Department's main west entry.

The gaming center (Derby Club/307 Horse Racing) on the other hand, is set to take over roughly the SE quarter of the building. That portion of the building has already been fully renovated, and gaming machines are already placed inside of the building.

It's worth mentioning that a note on one of the site plans does indicate that the liquor store and gaming center are set to be operated as two separate businesses.

There's still more space inside of this building that is for lease! What other businesses would you like to see take over parts of the building? Let us know in the comments!

Update: 07/16/2022 19:20 - Removed a photo that has bugged out and refuses to display on the public page for unknown reasons. Also made a minor edit to the grammar in the sentence about the two spaces being operated as separate businesses.