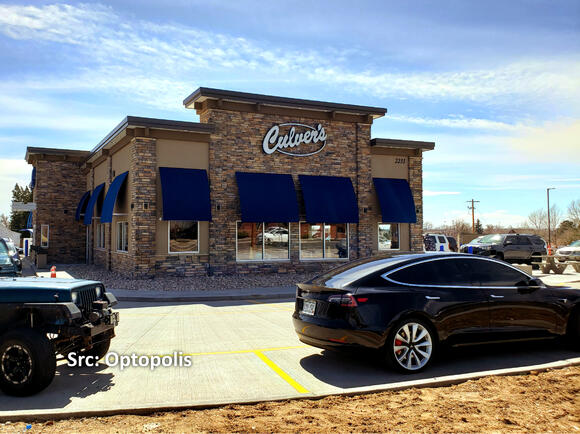 Culver's; a restaurant that already had one location in Cheyenne, WY; is scheduled to open Monday - not too entirely coincidentally, the same day Pueblo, Colorado's new Culver's is also set to open.

Cheyenne's first/original Culver's restaurant was built in 2005, located next to Office Depot on Dell Range Blvd near Powderhouse Rd. That restaurant continues to go strong today.

In 2021, Culver's officially announced that it would be looking to open a new restaurant on East Lincolnway at what once was Poor Richards, a restaurant that offered many foods including steak and burgers.

Poor Richards took over some other restaurant (which was built in 1967) when it opened at this location; PR closed around the start of 2020. The building was demolished in mid-June of 2021 for the soon-to-be Culver's.

By the end of March, the new building was built; their electronic sign was updated by April 2nd to say that Culver's was set to open Monday (April 4th). The new location will have a dual-lane order system with a single lane pickup window, much like most other fast-food establishments typically do in the modern day.

A few days prior to Poor Richards being torn down, the Pizza Hut next door was flattened for the new The Human Bean, a drive thru coffee restaurant. It appears The Human Bean still has some time before the building is completed, but it isn't too far behind, with the main structure and parking lot already constructed.

What are you more excited for--the new coffee shop or getting your butter burger and chicken tenders? Let's chat about that in the comments!