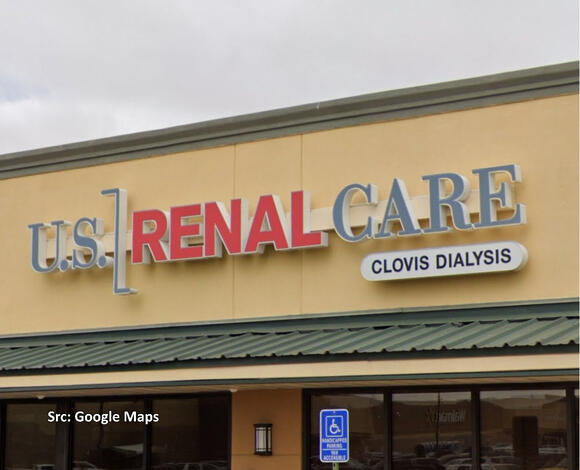 Cheyenne is getting another medical office. This one, however, is dedicated to, as its official name suggests, renal care, and it's already in the process of being built!

US Renal Care is being built next to Staybridge Suites Hotel

US Renal Care, a dialysis services provider that was founded in 2000 by Chris Brengard, was in the process of planning for a location in Cheyenne by the end of 2020. According to BusinessWire, they are focused on helping patients that suffer from end stage renal disease, and they partnered with Bain Capital Private Equity in 2019 in an effort to further expand their service.

Around the time construction began on the new nearby roundabout at the intersection of Prairie Avenue and Frontier Mall Drive, Cutoff Rd (previously a dirt road between the existing Staybridge and former Kmart) was upgraded to crushed base. Only a few months later by September, US Renal Care began building the foundation for the new location between Cutoff Rd and Staybridge Suites.

This will be their third Wyoming location (the two currently open locations located in Casper, WY). Up until this point, their nearest location to Cheyenne was in Aurora, Colorado at about 111 miles away if you drove, according to Google.

Previously, Prairie Avenue was partially closed while they built new underground infrastructure for the new building; Prairie Avenue has since reopened and resumed normal operation.

As photos taken last month reveal, the building is well underway with the entire frame already built; it appears that they are working on the interior and will soon finish the exterior work.

At the moment, it's not clear exactly when it will open; speaking from experience and seeing the progress made on the new building being built, however, it's probable it will open this year (2022).

Have you gone to a US Renal Care location before? And in either case, do you think this will help the Cheyenne community? Let's chat in the comments of this post!