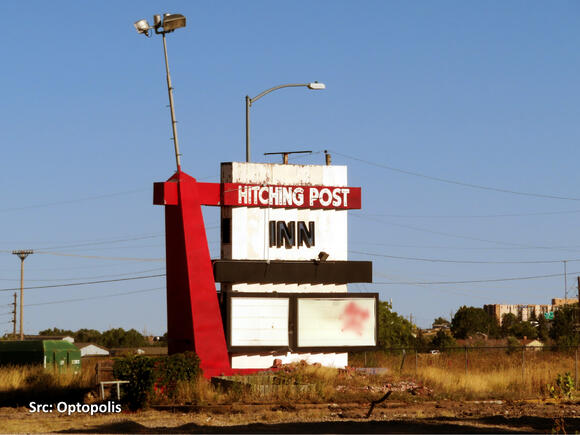 Back in May of 2021, there were talks of the city finally selling the condemned Hitching Post Inn to be reused for something better. By September, a purchase of the decaying property had been made, and demolition of the hotel is beginning to take place, with much of the old parking lot areas already torn out.

Desire to demolish the remaining portion of the nearly century-year-old hotel began to arise as soon as 2017 with three buildings (labeled buildings 1-6, two sections per building) sitting abandoned at the end of that year. The plan was to demolish two and a half of the buildings, but that never coalesced. The buildings were condemned a year later in 2018, deemed uninhabitable.

Just over two years later in January 2021, the Hitching Post Inn caught on fire, destroying part of the building labeled as "Building 2" and "Building 3." Now condemned again, the plan is to fully demolish the Hitching Post Inn and build a variety of new spaces including retail (store(s) and a steakhouse restaurant), a new hotel, and a new residential area.

Anyone who ever visited the hotel will surely recognize the iconic Hitching Post Inn sign at the entry to the hotel, which begs the question - What will happen to the iconic sign? As it turns out, Swagger Construction has plans on how to handle it.

"One of the biggest staples that's at least still remaining there that's worth something is that sign... One of the goals is to renovate that and kind of get that back up to its glory days so then that's still the staple of pulling into the development." - Robert Chamberlin, President of Swagger Construction 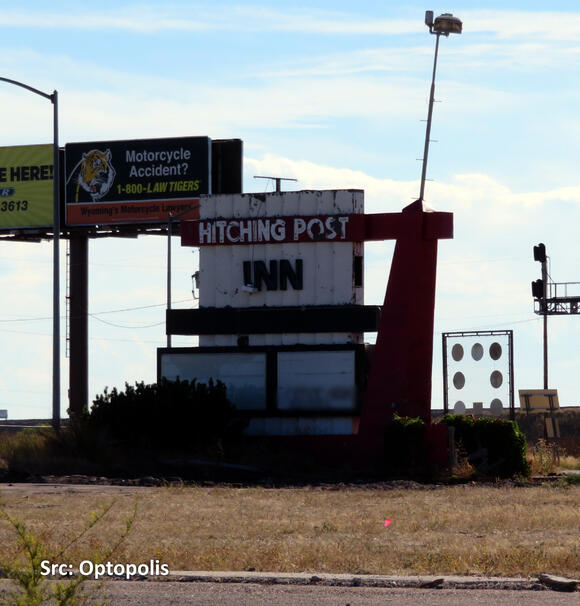 Demolition of the remaining hotel structures will begin after the asbestos removal is complete. The Hitching Post Plaza is expected to begin being built by spring 2022.

See more of the work being done to demolish the property in Optopolis' video: https://youtu.be/uEbGk7_HIp0