I love to set trends, my field of expertise is music and entertainment but I also love to talk about lifestyle and what's trending at the moment. Expect to find interesting tips, music advice and interviews but also food blogging (yes I'm a foodie), pretty much, anything that interests me or sparks my attention, I promise to bring it to you!

Georgia Wins Water Wars Against The State of Florida

The decision of the Supreme Court on a case filed in 2013 between Georgia and Florida was in favor of Georgia. The dispute was over the allocation of water that flows between the two states. 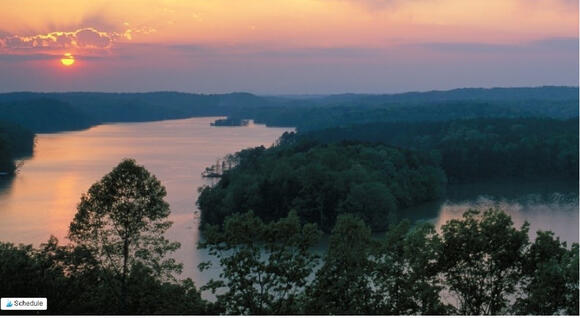 The court held that Florida could not prove its allegations that Georgia's water consumption from the Chattahoochee and Flint river systems caused the failure of Florida’s oyster industry in Apalachicola Bay. This was in a 9-0 opinion by Justice Amy Barrett.

According to the Justice, “Florida allowed unprecedented levels of oyster harvesting in the years before the collapse,” and “Georgia’s consumption had little to no impact on the bay’s oyster population.”

However, the position of Florida’s lawyers took a recent change even during oral arguments in court and the blame was apportioned to farmers in the lower Flint River who were consuming lots of water when irrigating their crops.

Atlanta had taken steps toward conserving water and her municipal efforts began to pay off. This then caused a shift in Florida’s strategy.

Georgia’s governor, Brian Kemp regarded the decision of the court as a “resounding victory” for Georgia and a vindication of the steps the state has taken to conserve water.

He added in a statement that “Our state will continue to wisely manage water resources and prioritize conservation, while also protecting Georgia’s economy and access to water”

For Georgia’s Attorney General, Chris Carr, “The Supreme Court … affirmed what we have long known to be true: Georgia’s water use has been fair and reasonable,”

“We will continue to be good stewards of our water resources, and we are proud to have obtained a positive resolution to this years-long dispute on behalf of all Georgians.” Carr added.

Florida’s lawsuit sought the court to place a cap on Georgia’s water consumption. Georgia’s lawyers argued such a cap would bring growth in metro Atlanta – and the region’s economy with it - grinding to a halt and devastate Southwest Georgia’s farm belt.

This dispute over water has existed for thirty years and is between three states; Georgia, Florida, and Alabama. It seems however that the dispute is not totally over especially since Alabama is challenging the agreement signed in January between Georgia and the U.S. Army Corps of Engineers that authorized the use of Lake Lanier as a water supply for the first time.

The federally managed reservoir has been supplying water for decades. Its use for this purpose is one of the legal issues contested during this water dispute.

What do you think about this ongoing dispute about water between these three states? Share with us in the comments below. We’d love to hear your thoughts.

I love to set trends, my field of expertise is music and entertainment but I also love to talk about lifestyle and what's trending at the moment. Expect to find interesting tips, music advice and interviews but also food blogging (yes I'm a foodie), pretty much, anything that interests me or sparks my attention, I promise to bring it to you!

Standing on the summit of this glorious mountain, I have gazed on Nature’s most perfect and sublime spectacle. The intense magnitude of that moment is beyond all human expression. One can only stand in awe, without a word, and marvel at the Creator’s magnificence.

Mom's Pierogies is a restaurant that illustrates really well how the Polish Heritage has been setting its foot in Cleveland Ohio. Traditions and great food meet in this amazing restaurant in Cleveland.

If you're a fan of nature, you'll love the natural beauty of Cannon Beach, Oregon. Nestled on the Pacific coast in Washington County, this small town offers abundant opportunities for exploration. There are 13 beautiful beaches to visit and miles of coastline to explore by foot or bike.

Camping in Vermont is a great way to experience the beautiful forests, mountain ranges, and lakes that are most often associated with the state. In this article, we explore some of the best campsites in Vermont and how to find them!

Sanibel Island is a remote barrier island off the Gulf Coast of Florida, about 10 miles south of Fort Myers. Sanibel's 8-mile-long gulf beach has been named one of America's top ten beaches by "Travel + Leisure" magazine. Its excellent shelling makes it a favourite spot for residents and tourists alike.

Smokin' Rock N' Roll food truck was nominated best food truck quarterfinalist in 2019 Cleveland.com. The Rock and Roll Hall of Fame Food Trucks by Smokin' Rock and Roll are aimed at filling the void in our lives for rock n' roll while simultaneously filling our stomachs. The food truck serves up a variety of dishes that embrace the smoky flavour so reminiscent of music which is full of rhythm & blues, jazz, folk, country, gospel music.

Rocky Mountain National Park is a beautiful place to visit, with scenic views of wildflowers, elk herds, and majestic snow-covered peaks. But beneath the beauty of RMNP's forests and mountains lies an important conservationist history.

The Sequoia National Park is awesome. There are a lot of awesome trees, and they’re all huge. They are so big because they live for 300 years! One day I went to the park and met a tour guide and he said that the tallest tree is taller than 30 stories high. That’s really high!

"Yo Mama's" Serves the Best Fried Food in Town

Yo Mama's restaurant is situated in Birmingham Alabama, and I can ensure you that you will taste some of the best chicken and pork chops that you ever had!. You would never believe me, if I started telling you why Yo Mama's is the premiere food place in town, so we will just jump right into it and I will tell you why Yo Mama's is the most popular restaurant in town. Besides all the fried food, it's the atmosphere, and the food, we will also discuss the staff at the restaurant.

South Monsoon in California Aiding with Drought Relief but also a Danger of Flooding.

The recent monsoon rain happening in the southwest is determined to put a dent in the extremities of the drought occurring across the region. Places like New Mexico and Arizona are reportedly seeing significant improvements already.

Arches National Park consists of over 1800 large sandstone arches. It also offers a plethora of camping sites, day hikes, and overlooks that have been the backdrop in countless movies and commercials.

With its 2.2 million-acre, the Yellow Stone National Park is at the top list of the most amazing National Parks in America, this park is guaranteed to leave you speechless for its natural beauty.

Flying high is unending, as is having fun. However, both can be gotten at White River National Forest. With peaks with elevation as high as fourteen thousand feet and wilderness areas spreading across seven hundred and fifty thousand acres, the total of two million acres nestled in the heart of several scenic rocky mountains is one of the best tourist centres there is.

This food truck called Little London has the best fish and chips you will ever taste in Alabama, say thank you, I just saved you a trip to the UK!. This food truck has the shape of a double-decker bus which I find very original and serves by far some great British dishes!

California’s largest wildfire has destroyed multiple structures and continues to threaten thousands more, as the battle against the mammoth flame lasted into its 12th day. Officials have blamed low humidity, blustery wind conditions and limited access to the affected site for impeding the firefighters.

Serving the Best Meat in Alabama at Pursell Farms

Pury Pursell Farms is more than just a restaurant--it's a farm, restaurant, and event venue! They serve fresh Alabama beef and pork. What they offer is rare these days. The restaurant is an extension of his passion for family, cooking, and introducing visitors to Alabama's products. While the restaurant specializes in meats, it also offers a wide variety of seafood that can be boiled or broiled right at your table.

The Pathway to Public Safety in Longmont, Colorado

In an attempt to keep the staying safe rule applicable and quite consistent, the United Church of Christ in Longmont, Colorado gave out gun safes on Saturday, July 24, 2021. Purchased through a combination of ministry initiatives and community funds donated through the Longmont community foundation by the church, an estimate of forty-seven thousand dollars was reported to have been spent.

Do They Really Serve Oysters At This Restaurant in Denver?

You've heard it a million times: Colorado is the "Hub" of the Rockies, and Denver is where it's at. But what about the food? Or more specifically, what about the food culture? Colorado has a rich history and folklore of amazing cuisine that has been kept alive for decades and up to now.

This restaurant will serve you all the freshest fish flown daily from Florida and the Caribbean seas. You can eat freshly fried oysters with a great combination of cocktail sauce and horseradish sauce. The kitchen crew will prepare a tasty piece of cod for you. The cod is dipped in a delicious batter and deep-fried to perfection. You can have the cod prepared with the extra light crusty outside you are sure to love. Their speciality is the Almond crusted Hogfish, a kind of fish that only feeds lobster and crab, so guess what is it going to taste like?!

San Diego is more than just beaches, surfing and great weather, it's all about delicious food!. In this article, I'll share the list of my favourite restaurants in San Diego to provide you with a bit more insight on what your options are for great eats!