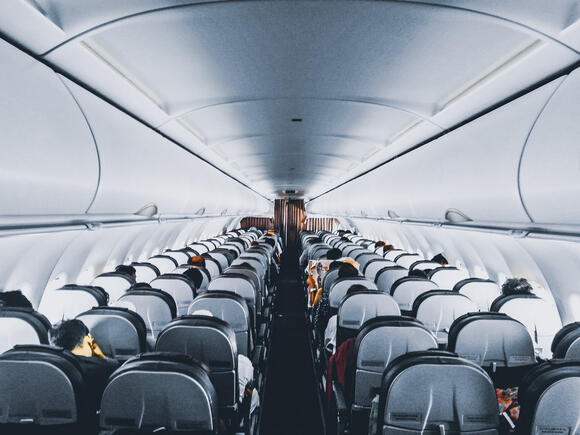 In particular, JetBlue, Delta, and United airlines were notable for canceling flights due to staff shortages. JetBlue according to FlightAware canceled 10 percent of its flights, Delta canceled 5 percent, and United canceled 4 percent. Of course, the cancellations are not solely due to staff shortages, however, according to NBC News, "Delta, United, and JetBlue have blamed the omicron variant of the coronavirus for staffing shortages that forced cancellations."

In a statement, United said that "The nationwide spike in omicron cases this week has had a direct impact on our flight crews and the people who run our operation,” “As a result, we’ve unfortunately had to cancel some flights and are notifying impacted customers in advance of them coming to the airport.”

Delta also issued a statement, in which according to the Denver Post it said "that it canceled flights Friday because of the impact of omicron and possibility of bad weather after it had “exhausted all options and resources — including rerouting and substitutions of aircraft and crews to cover scheduled flying.”

However, there are still some airlines within the US who haven't said that they've been disrupted by Covid. According to the Denver Post, "American Airlines said it had “nothing to report,” while Southwest Airlines said, “things are running smoothly.”

With constant changes and alterations being made by the pandemic, every thing is up in the air for travel during the remainder of this holiday season.

How Much Quora Paid Me For 23 Million Content Views

First, I would like to say this is not sponsored and obviously wouldn't be because I'm talking about how low Quora pays... Instead, I'm trying to just give insight to interested writers about how much Quora pays for a lot of views...

3 Reasons Why Getting Bored is Good

Photo by Ahmed Muntasir from PexelsPhoto by Ahmed Muntasir from Pexels. As the Omicron variant sees a surge of cases this holiday season, many alterations have been made to travel within the US and on a global scale in general. In the US, 454 flights have been canceled by airlines on Christmas eve as many people continue to fly with Omicron Covid cases on the rise. According to CNN Business, "2.19 million people at airports across the country on Thursday, the highest figure since the uptick in holiday travel started a week ago."

3 Things To Consider Before Starting a Side Hustle

Photo by Andrea Piacquadio from PexelsAndrea Piacquadio. Side hustles can do so much for you. They can provide you with opportunities to pursue something you love, reach financial freedom, and live your life without the stress of money.