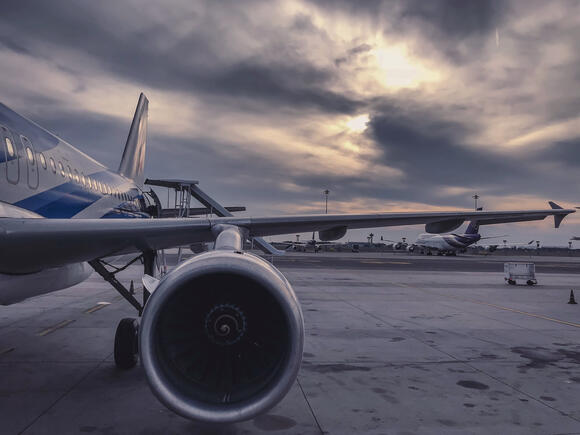 Omicron and Travel In The US

As the Omicron variant sees a surge of cases this holiday season, many alterations have been made to travel within the US and on a global scale in general. In the US, 454 flights have been canceled by airlines on Christmas eve as many people continue to fly with Omicron Covid cases on the rise. According to CNN Business, "2.19 million people at airports across the country on Thursday, the highest figure since the uptick in holiday travel started a week ago."

In addition to this, it was reported that 110 million Americans are expected to travel in total this holiday season, a number which is 30 million more than last year. which saw 80 million American travelers. Globally, 2,000 flights were canceled on Christmas Eve; with United airlines at the forefront in the US, canceling 170 flights and 9 percent of its total schedule according to FlightAware.

Delta has also canceled a number of its flight for Christmas Eve, reporting that 130 flights were canceled because of multiple issues, Omicron included. Jet Blue according to CNN Business also canceled an additional 50 flights, which was equivalent to 5 percent of its whole schedule.

On an international scale, China Eastern canceled a total of 474 flights, or 22 percent of its schedule according to FlightAware. Air China also canceled 190 flights, equivalent to 15 percent of its schedule. With 110 million Americans already expected to travel during the holiday season, we can expect to see far more on a global scale, causing a lot more cancellations in the near future.

Overall, the US and the world have seen extremely large numbers of travelers this holiday season; numbers larger than last year, which saw a spike in Covid as well. The increase in cases and travelers have moved airlines both domestically and internationally to cancel flights across the board.

We can expect to see even more cancellations going forward, heading toward New Years Day as Omicron cases continue to increase rapidly across the world. We can also expect to see more cases and more Omicron cases in particular as we head through and out of the holiday season with millions of people traveling both to and from home around the globe. For now, those who decide to travel and take to the roads and skies should travel with the correct safety precautions during this difficult time in order to remain safe.

Photo by Sourav Mishra from PexelsPhoto by Sourav Mishra from Pexels. As the Omicron variant continues to cause a slew of cases across the globe this holiday season, many alterations have been made to travel. With 454 flight cancellations on Christmas Eve in only the US, the 110 million US citizens traveling this holiday season are only pushing along the surge of cases that cause all the cancellations of flights.

How Much Quora Paid Me For 23 Million Content Views

First, I would like to say this is not sponsored and obviously wouldn't be because I'm talking about how low Quora pays... Instead, I'm trying to just give insight to interested writers about how much Quora pays for a lot of views...

3 Reasons Why Getting Bored is Good

3 Things To Consider Before Starting a Side Hustle

Photo by Andrea Piacquadio from PexelsAndrea Piacquadio. Side hustles can do so much for you. They can provide you with opportunities to pursue something you love, reach financial freedom, and live your life without the stress of money.