A New York judge ruled the state must begin vaccinating people in the state's jails and prisons immediately.The judge said state officials had left out incarcerated people in its vaccination efforts and called it unfair.According to the New York Times, at least 1,100 people behind bars have tested positive for COVID-19 since last month. Five have died.States have had varying approaches to vaccinating incarcerated people. 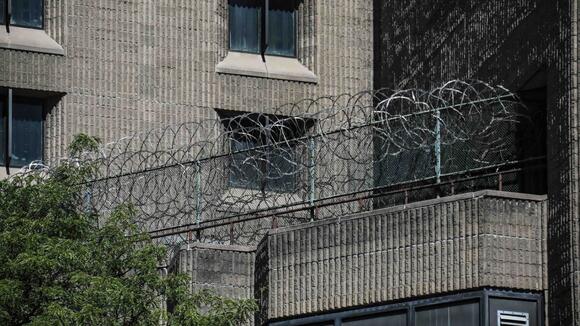 Gabe and Cam preview the matchup between the Rangers and the Penguins.

Gabe and Dane preview the matchup between the Mets and the Phillies.

Craig and Davis discuss the Knicks Vs. Mavericks game slated for tonight.

Suspect In NYC Hate Attack Was Previously Convicted Of Murder

On Monday, 65-year-old Vilma Kari was on her way to church when she was kicked and stomped on the head multiple times. Kari was reportedly released from the hospital with a fractured pelvis and head contusion. Two building staff members who witnessed the incident are now on administrative leave. One was seen on video closing the door and ignoring Kari.

Adam Caplan joins Scott Ferrall to discuss if Sam Darnold is going to stay with the Jets.

Archegos Is Like a Giant Rock Thrown Into the Market: Virtu Financial CEO

Lil Nas X Releases 'Satan' Nike Shoes . The limited-edition shoes are a collaboration between Lil Nas X and New York-based art collective MSCHF. Nike denies having any involvement. We do not have a relationship with Lil Nas or MSCHF. Nike did not design or release these shoes and we do not endorse them, Nike, via statement. 666 pairs of shoes are being sold for $1,018 each. The air bubble sole of each shoe contains red ink and "one drop" of human blood.

Matt and Joe discuss the win total for the New York Mets and the Washington Nationals.

New York lawmakers reached an agreement late Saturday to legalize recreational marijuana sales for those 21 and older. The legislation would allow New Yorkers to grow up to three mature and three immature plants for personal consumption,and would set up a licensing process for the delivery of cannabis products to customers. Local governments can opt out of retail sales.