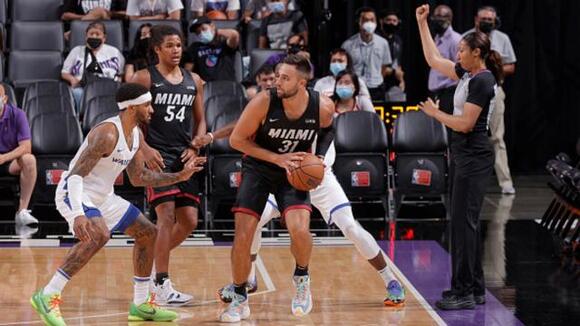 The Heat defeated the Warriors, 94-87, in Sacramento. Max Strus led the way for the Heat with 27 points (19 in the 2nd half) and five rebounds, while Omer Yurtseven added 25 points, eight rebounds and three blocks in the victory. Moses Moody (19 points, seven rebounds) and Jonathan Kuminga (18 points, three rebounds) combined for 37 points for the Warriors in the losing effort.

From being undrafted to Hall of Famer, Ben Wallace fought to become the success story he is today.

Look back at the Hall of Fame Career of Cotton Fitzsimmons, Member of the Naismith Memorial Basketball Hall of Fame Class of 2021.

Former President Barack Obama congratulates Bill Russell on his induction into the Naismith Memorial Basketball Hall of Fame as a head coach. As a player-coach, Russell led the Boston Celtics to the 1968 NBA championship, becoming the first African-American head coach to win an NBA title. Russell becomes the fifth Hall of Famer to be inducted as both a player and a coach.

Check out some throwback elements of a few of the #21HoopClass enshrinees!

Check out a few great dunks from Chris Bosh's career!