Weekly overnight car break-ins and associated vandalism have almost become the norm for luxury apartment communities in St. Louis County. Local police are aware that these events have been occurring on the weekends at approximately 3AM-4AM.

Victims report they have been waking up to car alarms, footsteps, shuffling, and noises possibly related to the tools utilized by the perpetrators. One resident looked out her window at around 3AM on a Sunday night to find three thin masked individuals with dark clothes and miscellaneous tools surrounding her car. Some victims have reported scaring off the thieves and witnessed them running into the woods or speeding off in an old SUV without a license plate. St. Louis County residents have reported that they they have spotted non-residents and an associated suspicious vehicle (lacking license plate) on the property the day preceding the break-in.

A few residents have scared the perpetrators away before they were able to do anything, while many have had to deal with the repercussions of the vandalism. Some residents report thousands of dollars worth of damage, including broken windows and door damage, as well as missing items. Among the items stolen have been AirPods and cash. One resident reported a missing portable-diaper-changing station that may have been mistaken for a lap top. Victims routinely report evidence of searched glove boxes and center consoles, but sometimes nothing turns up missing.

One resident in particular with 3,000 dollars worth of vandalism reports leaving his cashless wallet blatantly on the passenger seat but it remained untouched. In addition to refraining from leaving anything of value in the car, some residents report that they are now staying up in order to catch these perpetrators. 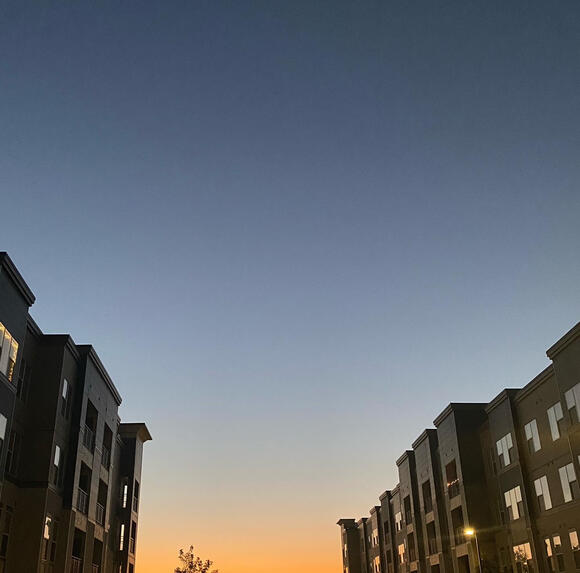 The Student Nurse Guide to Coping with Testing Anxiety

Exams are tough-but anxiety? Anxiety is tougher. Even the prospect of situational anxiety seems to mess up the underlying exam mental game. And to make things better, it seems that the difficulty level or the self-regarded importance of any exam may be directly associated with the level of anxiety experienced!

Cashless Chesterfield "Factory" May be the New "Pageant" of West County

The Grand Opening of the Factory at the District in Chesterfield took place last Friday, July 16th, hosting electronic artist Deadmau5. The 52,000 square foot non-smoking (except on the outside smoking decks) and "All Ages" music club has a capacity of 3,000, and houses a total of seven bars. The unique industrial architecture and style will soon be a venue for Billy Bob Thornton and the Boxmasters, Joan Jett, the Beach Boys, and Cheap Trick in just the next two months. The layout is very similar to the Delmar Pageant. It doesn't seem like a bad spot, visually or acoustically, exists in the venue.

Located in Madison, Illinois, the Gateway Kartplex is the perfect thrill-seeking family experience for a weekend night. In fact, according to the website, all of the greats got their start in motorsports with their karting ranks. If that isn't encouraging, this is a relatively affordable way to blow off some steam after a stressful week.

Sometimes calming Baby Girl when she gets fussy seems like trial-and-error! We dealt with more of this early on, but I feel like her dad and I slowly improved as we began to analyze her behavior and intervene with the following solutions. Usually at least one of these methods resolved the existing issue!

The Angad Arts Hotel (AAH), is located in the Grand Center Arts District of St. Louis. There are 146 rooms and 38 suites in the hotel as well as inclusive nightlife and dining open to the public. The AAH is unique in that it creatively links guests to emotions reflected by room colors-Powerful Red, Freedom Blue, Rejuvenation Green, and Curiosity Yellow.

Early Exposure to Swimming is Key for Baby in the St. Louis Sun

At around two months, our pediatrician cleared Baby Girl for swimming. Her dad and I are water-lovers, so we were excited to get her into the pool and increase her comfort levels. Baths were not necessarily going so well, and we found that early exposure to the water and swimming, recreationally, could make bath time more fun in addition to helping prepare her for water safety in the future. Unfortunately, now, we deal with crying when she LEAVES the pool rather than enters. Here are my best tips for getting baby acclimated to the pool from a former lifeguard and swim instructor of all ages!

Beating the Baby Blues in the St. Louis Summer

Bringing a baby into the world is, inevitably, a major life transition. Althoughsigns and symptoms associated with Post-Partum Depression (PPD) certainly indicate clinical intervention-Baby Blues is a less severe, more common phenomenon likely due to these inevitable life, as well as physiological and hormonal, changes post-delivery.

Breastfeeding for the ADHD Minimalist

Breastfeeding is truly, according to science, the best thing for your baby-physiologically and psychologically. There are certain conditions that may hinder your ability to breastfeed or deem breastfeeding contraindicated. However, for the general population, the single most important variable in ultimately successful breastfeeding is the level of dedication.

The NCLEX, or the Registered Nurse Exam, and the Nurse Practitioner Exam are two stressful realities. While requiring a wide range of medical knowledge, they also require higher level critical thinking skills. For the last year, I have enjoyed helping people master nurse and mid-level material and generally become better test takers.

Why Breastfeed? The Overlooked Benefits

After delivery, the commitment to breastfeeding can be a bit daunting. I have been on this difficult but rewarding journey for three months now, and plan to continue for the recommended six. Sore nipples, difficulty latching, the availability and temptation of formula supplementation, and time are just some of the obstacles mothers must face while breastfeeding. Utilizing formula for certain health conditions and work schedules can be absolutely necessary. However, if the mother has the capability and availability, the benefits breastfeeding has for both the mother and baby certainly seem worthwhile.