Stories on this channel include a discussion about the things that cause us stress and the various ways we cope with an increasingly complex and chaotic world. Topics included are psychology, positive psychology and mental health, writing and writing advice, relationships and social support, maintaining a positive mindset and humor.

Twitter fiction, stories told in 140 characters or less, tests a writer’s skill at encapsulating a complete tale into an absurdly small number of words.

Some sites publish Twitter sized serials, which are stories told in Twitter length bits, and novels have been creatively developed through similar means with authors actually Tweeting the segments daily until the plot’s conclusion. There are even contests for Twitter sized plays, which different producers actually mount, and tickets sell out quickly in cities like London and New York. You would be surprised at just how much can be said in 140 characters or fewer.

Twitter fiction may also take the form of fiction that is exactly 140 characters, which takes a lot of effort to get precisely right. It’s almost like trying to solve a puzzle altering this word and that until everything fits in the required number of syllables. When you finally find the solution, the feeling is exhilarating.

The following story is told in 32 Tweets of exactly 140 characters each. They are sent back and forth between the head of a theft ring who has a job that doesn’t go as planned and one of his subordinates whose help he needs but who has other ideas. Enjoy! 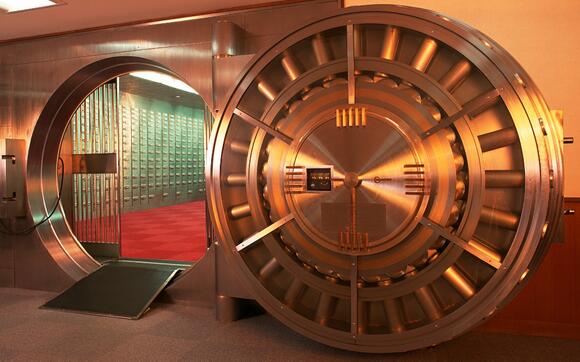 Locked in vault! Robbery gone wrong. Send help immediately before police arrive. Otherwise all bets are off. I will not be held responsible.

Well, that’s the price of doing business in a bank. Sometimes there are robberies, sometimes they go bad. You chose your career. Suck it up.

Suck it up? Reminder, I’m your boss. Get back here yourself and get me out or send help as requested. Otherwise, there will be consequences.

Consequences huh? That threat doesn’t have the same effect when you’re locked in a vault. A bozo move. Not impressed. Let me think about it.

I’m serious. Bullets will fly, customers will scream, no one will take the time to look in here. Nor will the lack of air cross their minds.

I suppose not with bullets flying and customers screaming. You really need to get your priorities straight if you expect others to help you.

Your attitude is making me quite testy. If I start to hear sirens I will get downright angry. Now stop messing around and do as you’re told.

Reminder, you are now locked in a vault, limited air, police arriving shortly and you aren’t likely to find them helpful. Want to try again?

When I get out of here so help me, you are going to be in big trouble. . . Unless you get me out of here right now! I’m running out of time!

And air. Don’t forget air. Do you really think it’s wise for someone in your position to threaten the only person who knows where you’re at?

Look, you son of a b*!&h, if you don’t me out of here, your investment goes up in smoke, same as mine. I took all the risk. You sat it out.

Oh, stop whining. Nobody made you do it. Didn’t you say the spoils go to the brave along with the risks? Well, You played the odds and lost.

What is wrong with you? Don’t you get it? I am in a vault with a fortune in gold, cash, art and jewelry. If I bring it home, we all benefit.

About that all. Seems the rest of the “all” aren’t thrilled with your leadership either. They take risks too, but you keep most of the haul.

Nature of the business. It’s just how things are done. Now’s not the time. If the cops get here, there won’t be a leader or a haul to split!

There’s always someone willing to lead, and the smart ones know who to get others to follow. As for the haul, we’re willing to sacrifice it.

Sacrifice it? What the hell are you talking about? It’s at least a million dollar haul! With six of us splitting it, that’s a huge paycheck!

But we won’t split it will we? You’ll take 50%, with the rest of us splitting what’s left. And there’s seven of us now. Minus you of course.

You sanctimonious little jerk! You better hope the police come. If not, I’ll pull your liver out through your nose. I taught you everything!

Careful or you’ll use up all your air. Doesn’t matter how I learned, what matters is they will follow me and you’re still locked in a vault.

I still don’t hear any sirens. If I were you I’d fear for your life. No one takes my business from me, no one. You’ll regret this I promise.

Let’s not quibble, what’s done is done. Let’s both walk away, move on. Well, you can’t walk away but don’t worry, the cops will get you out.

Still no sirens, no screaming, no bullets flying, seems pretty calm actually. I still have battery power left and there are others I can call.

Sorry, got to them as well. You don’t think I’d risk it? The cops will definitely be there, perhaps just held up by a more successful crime?

It’s easy to talk big when you’re safe in your hidey hole. No one will follow you when they realize you’ve left a man behind. That’s Rule 1.

We’re criminals. Rule 1 is take care of yourself first. Always. You taught me that. Remember Leon? Dave? Al? John? Alex? No Rule 1 for them.

But you and I, we’re a team. We’ve got each other’s backs. Look out for each other. You’ve always been my second in command. Is that so bad?

What happened to, “I’m the boss, do as I say?” Not really team talk.You’re not getting the big picture here. I’m no longer second to anyone.

Just get me out of here & we’ll talk about it! No retaliation — we’ll forget this ever happened. The cops would be here if they were coming.

You don’t seem to get the situation. I hold all the cards here. Rescuing you gets me nothing I need. Afraid this is where we must part ways.

You can’t take my place! Leading is more than taking over and gaining a following!! They’ll turn on you like you did to me! It’s inevitable!

Maybe, maybe not. I’ve watched and learned. I won’t make the mistakes you did. Though you won’t know one way or the other where you’re going.

Stories on this channel include a discussion about the things that cause us stress and the various ways we cope with an increasingly complex and chaotic world. Topics included are psychology, positive psychology and mental health, writing and writing advice, relationships and social support, maintaining a positive mindset and humor.

The City of Detroit has announced Dec. 15 deadline for the board secretary and chief investigator positions to be properly filled, at which time current interim employees in these positions will be fired.

Last week the Finance Committee of the Chicago City Council considered and approved settlements against 3 Chicago Police Officers being sued in misconduct cases, including case of 17 year old Michael Elam Jr., shot and killed by police when on his way to dinner with his girlfriend.

If you love pickles, grab your pickle partner and hurry to Potbelly for a free whole signature pickle in honor of National Pickle Day. Chicago style hotdog with all the fixingsBy arnold inuyaki / Arnold Gatilao/flickr (CC BY-SA 2.0)

Though some highlighted the problems in the budget and a protest regarding passage of Bring Home Chicago broke out, enough aldermen were in favor for the budget to pass with Mayor Lightfoot saying this would ensure Chicago's financial future.

Sandra Blakemore, the Mayor’s appointee for Commissioner of AIS, and Aldermen discuss options for helping homeless and new migrants to Chicago through citywide real estate investments.

Chicago's "Great Resignation" continues showing a vote of no confidence in Mayor Lightfoot. Leslie Hairston, one of the more than 20 Chicago aldermen who have resignedWikipedia.

Illinois residents and tourists can view the unusual and amazing phenomenon of thousands of snakes and other reptiles hurrying from their breeding grounds to reach the limestone bluffs where they'll hibernate this winter.

Chicago Residents Living in Highrise Urged to Turn Off Lights After 11:00pm

Chicagoans can help save migrating birds by turning off lights at night. For several months starting during the late summer, Chicagoans are encouraged to turn off their lights after 11:00pm if they live in high rise buildings. This can help prevent migrating birds from flying into their windows.

Don’t worry that the Chicago summer's over when there are so many fabulous things left to do around town before the cold weather rolls in. Swimmers in the Chicago TriathlonKelly Martin/Wikimedia Commons.

A judge has rejected the colleges' attempt to have the case alleging that the schools involved falsely claim they admit all students on a need-blind basis dismissed. Northwestern University along with the University of Chicago named in antitrust lawsuit targeting 16 prestigious US universitiesRdsmith4/Wikipedia.

Seven people serving decades in jail for murder who claimed that a Chicago detective framed them were released Tuesday. Seven more people serving time in prison based on claims that Chicago Police Department Detective Reynaldo Guevara framed them, had their convictions vacated Tuesday. All but two of them had served their complete sentence. In total, these seven had spent 174 years in jail for crimes they claimed they didn't commit. Another individual had their case postponed with the judged asking for an additional hearing next week. Three others are expected to have their cases considered in the coming weeks.

Chicago has been hailed as one of the most haunted cities in the world and you can see many of the city's ghostly sites. St. Michael's Church in Old Town Chicago said to be hauntedkmaschke/flickr.

Various areas of supposedly haunted hospital grounds which housed a mental facility dating back to the early 1900's can now be toured by those interested with a guide. Illinois is not short on sites that are said to be haunted. There are organized tours of some of the state’s most famous haunted locations which have tales of paranormal activities and ghost sightings. In the city of Galena there is a ghost walk where participants visit what were once buildings where mortuary preparation was provided.

To be included, Hospitals had to receive an “A” rating on the Leapfrog Hospital Safety Grade Assessment. University of Chicago Medical Center, one of 4 Illinois hospitals included on "Best Hospitals in America" listWikipedia/Public Domain.

Chicago mayoral candidate Dr, Willie Wilson, is giving away $1M in gas and food discounts on Wednesday and Thursday for Chicago seniors. Dr. Willie Wilson, local Chicago businessman and mayoral candidate has announced he will be sponsoring a $1M food and cash giveaway specifically for seniors living in the Chicago area. Any senior citizens living in Chicago Housing Authority buildings. Starting at 9:00am on Wednesday, seniors can receive a $25 grocery coupon at participating Cermak or Pete’s Markets. On Thursday they can fill their cars up at discounted prices at 15 area gasoline stations. While the original date for the giveaway was Monday, it was announced that the dates have been changed.