Post-traumatic syndrome affects students due to school shootings. Actions necessary to overcome it 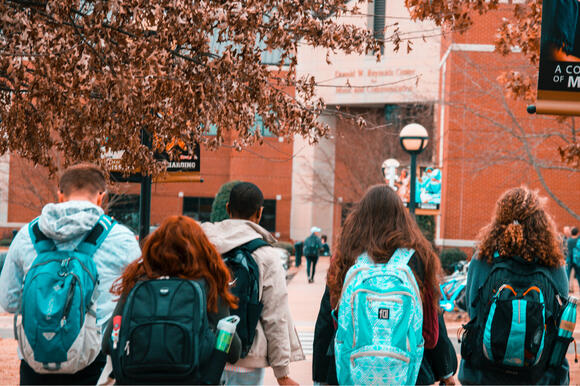 Photo by Stanley Morales from Pexels

We are all aware of the heinous shootings in American schools, and while sadly it is not new, since the 1990s, they have increased considerably.

We could blame the lack of gun control, social violence in many areas of the country, and school bullying; in short, we could think of many reasons, but in this article, we will not focus on what causes it but on the consequences of this causes the students.

Young people and children who have been directly or indirectly affected by these events often have trauma that affects them socially and emotionally.

The organization "Mayo Clinic" defines Post-traumatic stress disorder (PTSD) as a mental health illness triggered by a terrifying situation, whether you have experienced it or witnessed it. Symptoms can include flashbacks, nightmares, and severe distress, as well as uncontrollable thoughts about the situation.

Each individual is affected differently by a traumatic episode, but we must give all symptoms importance, never ignore them.

Ludmila Zaytsev, a clinical child psychologist, told The Voice of America that "shock is usually the first reaction. Then follows post-traumatic stress, depression, anxiety, some develop the feeling of guilt because they survived while someone they knew, maybe a friend, died."

According to Dr. Natalie Weder from Child Mind Institute, some common symptoms of Post-traumatic stress disorder are:

If you know of a child or young person who has any of these symptoms, the most sensible and advisable thing to do is to have them treated by a mental health professional.

The case of Sydney Aiello

One very shocking case was that of Sydney Aiello, 19, a survivor of the Parkland massacre, who committed suicide a year after the shooting.

According to the publication made by BBC News, Sydney's mother explained that her daughter suffered from the syndrome known as "survivor's fault" and had been diagnosed with post-traumatic stress disorder after the massacre.

My daughter was at school the day of the shooting, although not in the same building where it happened. However, the tragedy she experienced affected her very seriously."

Sydney had trouble going to classes at the university because she was afraid of being in a classroom, and often she was sad, but she never asked for help before committing suicide."
-Cara, Sydney's mother, statements to CBS Miami.

Victor Schwartz, medical director of the Jed Foundation that works to prevent suicide among young people in the US, told NBC News that "exposure to death around you increases the risk of suicide to some degree."

It stands to reason that there is an increased danger concerning survivor guilt syndrome." - Victor Schwartz.

Anxiety about a possible shooting

Not only students who have been present or near a shooting have psychological consequences. Many young people, simply by watching the news, and knowing that a shooting occurred in another school, are anxious for fear that it will happen to them.

Although statistically, these cases are not as common as one might imagine or feel, according to Dr. Jamie Howard, Ph.D., director of the Child Mind Institute's Trauma and Resilience Service, "some anxiety is warranted, but not debilitating anxiety."

If you feel like you're more anxious than you should be, a good first step is to take a break from any media that may be focusing your attention in an unhealthy direction." -Dr. Jamie Howard, Ph.D

Even though statistically that a student will be shot is low, the fear is still in force, so both parents and authorities should always be alert.

The Child Mind Institute provides some guidelines that parents can follow to help their children alleviate the anxiety caused by imagining themselves in a chaotic situation such as a school shooting.

Lastly, the most important thing is not to be afraid to seek professional help. A small episode of anxiety or depression can trigger an intense crisis.

The handicraft to combat anxiety

The increase in the practice of knitting to "Crochet" in LA. Anxiety is one of the worst ills that affects millions around the world. If you're not one of them, congratulations! That state of uncertainty can make even small things cause a tightness in your chest, a pain that doesn't kill, but it does unsettle and upset.

When an affair is more than superficial

Love, as it is blind, it prevents lovers see the funny nonsense they commit.” — William Shakespeare. He is the man you always dreamed of. He is ideal for you; he treats you like a queen; you are the perfect couple. The problem is that your better half is the better half of someone else.

People said, "no one values what they have." And in a way, it is so. maybe it is the habit of always seeing the same thing, perhaps it is that we do not appreciate something until we have not it in our hands. The same thing happens in the places where we live (countries, states, cities, and even continents). We complain about so many things that we don't see the positive things that are in front of our eyes.

The Nutella® Chicago Cafe. A warm and adorable experience for chocolate lovers

Georgetown— A piece of Italy in America?

I was my impression when visiting Georgetown in Washington DC. In the spring of 2022, I had the great pleasure of visiting the city of Washington DC. The truth is that after reading the book “The Lost Symbol”, I became obsessed with knowing the capital of the United States and walking as close as possible to the different buildings and historical monuments described by Dan Brown in the novel.

Despite my readers advising me against it, I visited Chicago for the first time. This is my experience

The tinder swindler and his signs of psychopathy

The vast majority of people who will read this article have already seen the Netflix documentary “The Tinder Swindler.” If you have not seen it, I recommend checking it out. The subject matter is depressing but makes for good television.

This article is based on personal experiences and supported by the following sources:. Los Angeles city is one of the most famous cities in the United States and worldwide. Its multiculturalism, the proximity to Hollywood stars, the climate... many things make this city so attractive to tourists.

Visiting Milwaukee for the first time—Just for a day

This article has been made possible thanks to the content from:. Soon I will be visiting, just for one day, the city of Milwaukee. I've been looking for what I can see in such a short amount of time and got a little bit of everything from walk tours, bus tours, nightlife, and much more. We'll see!

This article has been made possible thanks to the content from:. Soon I will visit the famous "Windy City" for the first time, Chicago, and I have been researching exciting places that I should stay.

Hispanics are essential in the economic growth of the United States

The United States is considered one of the leading consumer countries worldwide. According to statistics published by the digital magazine "Semana," consumption is high in electricity, water, and gas services. But you also have to add expenses for other products and investments in assets.

A life with small purposes allows us to live with emotion

Simple actions you can do for your path to happiness. Every step we take was thought of before, yes, even if it was very quickly in our subconscious. So if we plan how we want our year, our work week, or our dinner to be, why don’t we plan to be happy?

A movie that makes you meditate on our current reality

Don’t Look Up!” — 6 Personal Lessons You Should Learn From the Movie. Foto de freestocks.org en PexelsPhoto by freestocks.org from Pexels. To end 2021, Netflix released: “Don’t Look Up!” A film expected by many, with an excellent cast of actors and a theme that seemed to be one more cliché.

Do you feel guilty about ending your relationship? How can you do it if you hurt that person?. You have lived memorable moments with your current partner, you feel appreciation, affection, and respect, but there is no love anymore. So, what happens when you feel stuck between seeking your happiness or continuing to try to be happy with that person?

Employees are professionally stagnant because their supervisor slows their growth

A prevalent situation. Yes, even today. You are an excellent employee, but your supervisor does not recognize you or, worse, he or she does not allow you to grow in your work environment.

Thanks to you, "NewsBreak" reader

Several years ago, I said that I would not make any more resolutions lists for the new year, maybe because I got frustrated when I didn't achieve one of the goals. But yesterday I decided to do one, not very long, just some things that I know I can do, but I could not achieve them due to lack of self-motivation.

Why do we destroy our dreams? Meditation in a coffee shop about self-sabotage

Recently I was having coffee with some friends from work. We were in a lovely establishment, with a charming and comfortable atmosphere. As we chatted, I said to my friends, how great would it be to own a place like this, and I immediately said, but that's impossible.

2021. A year with many difficulties but full of opportunities for self-improvement

Opening quote missing quotation marksPhoto by Olya Kobruseva from Pexes. We all lived 12 months more with the pandemic (a state of emergency) that no one in current generations knew about, but also a year of learning. Regardless of the limitations that 2021 brought us and how bitter it has been for many, I learned that we could discover something new from all situations.