Los Angeles Restaurants could require Proof of Vaccination for their Customers 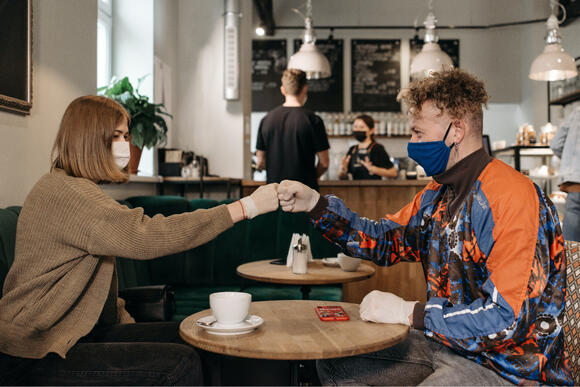 Photo by S-Pavel-Danilyuk From Pexel

Los Angeles City Attorney's Office proposed that the city restaurants require proof of vaccination from their customers to enter their places.

Nury Martínez, Los Angeles City Council President, proposed this measure last Wednesday due to the Delta Variant of Covid-19. However, although several restaurant owners say that this measure would cause a decrease in their customers, others have already begun to demand it without even passing it.

It's enough, Martinez said, emphasizing that "hospital workers are exhausted, moms who have put their careers aside are tired, and our children cannot afford to miss another school year. We have three vaccines that work and are available, so what do you need? "_ Univision Los Angeles.

What the Authorities Propose

The initiative by Nury Martínez and Councilor Mitch O'Farrell, if approved, would limit not only restaurants but public places such as movie theaters, gyms, and entertainment venues.

In the same order, Prosecutor Mike Feuer asks the County of Los Angeles Board of Supervisors to implement the same measure that will take effect in New York as of August 16. That measure requires that all consumers must present their vaccination cards to enter restaurants, gyms, cinemas, and other establishments. At the same time, it indicates that this will put pressure on the unvaccinated to do so.

What do Restaurant Owners Think?

While the "Latino Restaurant Association," represented by its spokeswoman Lily Rocha, tells us that "putting restaurant owners like police officers to see who is vaccinated and who is not, puts difficult the economic recovery of one of the sectors hardest hit by closures due to the pandemic." In another order, many restaurants have already started with this measure to protect their establishment.

Contradictorily, restaurants such as Permanent Records Roadhouse and the Gold Diggers bar have already implemented measures such as asking their clients for proof of vaccination or a negative test.

According to a Los Angeles Times publication, some restaurant and bar owners feel that returning to indoor mask use is enough after 16 months of decimated sales, a ruthless hiring market, and sometimes ambiguous and ever-changing regulations for the masks. Others are taking health guidelines into their own hands, requiring vaccinations for staff, customer inoculation tests, or negative COVID tests, as well as preemptively banning on-site meals in an attempt to slow the rapid spread of the Delta variant.

A Restaurant that Only Allows Unvaccinated Customers

Ironically, the Pasta e Vino de Basilico Restaurant, an Italian restaurant in Huntington Beach, placed a sign at the entrance of their establishment. The restaurant also posted the ad on its social media where it says that "We have zero tolerance for treacherous and anti-American stupidity. Thanks for reflecting."

Harmony. The challenge of achieving the feeling of peace and balance that human beings need

Release certain behaviors to achieve emotional balance. Life is complex; There is no doubt about that. However, human beings do not contribute to making it more manageable. We have harmful behaviors that if we start letting go, our coexistence would be much more harmonious.

Information, questions, and answers about the vaccination process for children from 5 to 11 years old

Did you know that nearly 500 children have died since the Covid-19 pandemic began in the US?. It seems a small number compared to the thousands of adults who have died. Still, if we consider that since the pandemic's beginning, the doctors and scientists informed that children were much less prone to complications, that number no longer seems negligible.

Intimate partner violence; A severe problem that continues to grow

Imagen de Diana Cibotari en PixabayPhoto by Diana Cibotari from Pixabay. No, it's ok; I just slipped and hurt my shoulder. - Brenda Arriola, 24-year-old woman.*. Brenda is a young woman who lives in my neighborhood, we met at the supermarket, and I greeted her with a hug since we had a lot of time without seeing us. She complained subtly, and I asked her if something was wrong; she told me the typical answer: She had slipped and injured herself.

The richness and misery of California: the main reasons for this situation and the cities that are at the extreme

Contrast between the metropolis and povertyPhoto by Jon Tyson on Unsplash. The Golden State is known for its diversity. California is one of the most populous states in the United States, one of the largest areas, with incredible climatic, cultural, and racial variety. But it is also the state with the most significant wealth and poverty at the same time.

Analyzing the case of Patricia Alatorre makes one feel sad and helpless. In this case, many factors are involved, but only one heinous ending: the cruel murder of a child whom her family and friends remember as brave and joyous.

"The Squid Game." A series that shows more than cruelty

At this point, few people have not seen the South Koren production “The Squid Game.” A rather crude series that has broken world audience records. With a lot of symbology, an aggressive thematic, not suitable for sensitive people.

The "California Teachers Association" will not allow abuse due to the new "Tik Tok Challenge."

The popular social network TickTick, which went viral at the beginning of the pandemic in 2020, has achieved to capture the attention of everyone, but mainly the youngest. Famous for its challenges, this application has virtualized songs, dances, memes, and everything audiovisual.

"Imposter syndrome." A condition that affects many working women in the United States

This syndrome is related to the inability to perceive success or good work actions; instead, the feeling is of falsehood, as if everything achieved has been by sheer luck and has nothing to do with their ability, intelligence, or a good performance. Those who suffer it feel like a fraud.

BTS come back to Los Angeles City with four concerts

Beauty versus self-confidence in America

self-confidencePhoto from Pixabay - G2f1873E38_1920. Why can you be beautiful and not be able to keep a relationship?. The beauty that attracts rarely matches the beauty that makes you fall in love." -José Ortega y Gasset.

Please don't make me talk about it. I am sorry": Sophie, 32, a resident in Los Angeles City, and with sad eyes, answers in that way my question about if she or someone she knows has had conflicts with gang members.

It is incredible how it is increasingly difficult to get positive news in the media. This is why we want to highlight eight good news that happened at the end of the month. Free Animal Doctor,a nonprofit veterinary clinic, provides much-needed medical services for pet owners. "No one has been denied service for not being able to pay," Leah Walker tells ABC7. They are grateful for the clinic, and like many, they have also been financially affected by the pandemic.

Third dose of vaccine for immunization against Covid-19. Would it really be necessary?

Last Thursday, July 8, the renowned pharmaceutical companies Pfizer and BioNTech announced the development of a new vaccine to strengthen the immune system against Covid-19. If approved, It Would be the third dose to people vaccinated with the vaccine from this laboratory.

8 Simple Tips to Save Money from your Next Month Salary

Did you know that California has 5 of the 10 most expensive cities in the US?. You have surely noticed if you live in San Francisco, San Diego, Los Angeles, Oakland, or San José.