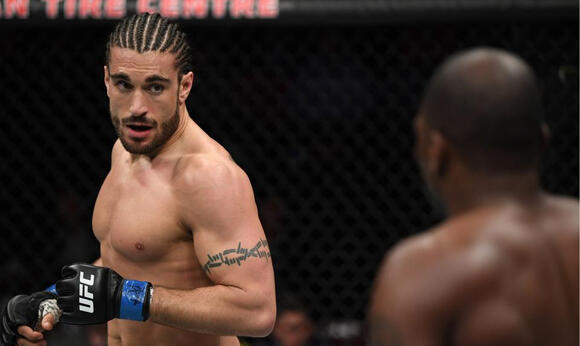 Unfortunately to start the day I have some unfortunate and sad news that UFC’s Ultimate Fighter alumni and the winner from the 2014 season Elias Theodorou has passed away at the very young age of 34.

It was said that he was secretly in a fight with stage 4 liver cancer and he sadly lost the battle yesterday September 11th.

The Canadian fighter was born and raised in Mississauga, Ontario Canada.

He went to Meadowvale secondary school and Humber College to get his bachelor's degree in creative advertising.

After taking up MMA as a way to just workout and stay in shape he decided to take the sport on as a career and made his professional debut in 2011 where he went on an undefeated streak of 8 and 0 before getting his shot in The Ultimate Fighter Nations season that took place in 2014.

He defeated Zein Saliba in the Quarterfinals and defeated Tyler Manawaroa in the semifinals.

Theodorou then went on and defeated Sheldon Westcott by TKO in the second round at The Ultimate Fighter Nations Finale to win the Middleweight tournament.

He was with the UFC for 5 years and during his span there he went on to put up an 8 Win 3 Loss record with the company with notable wins defeating Cezar Ferriera, Eryc Anders, and Sam Alvey.

And with his natural good looks and physique, he was even the first-ever “Ring Boy” for the all-female MMA promotion Invicta as a little running joke which he took in stride and had a blast doing it.

It was in 2019 when he was cut from the company after a loss to Derek Brunson.

After he was released from the company he continued to fight in other promotions and even went on to become the first MMA fighter and professional athlete in history to receive a sanctioned exemption for medical cannabis in sport by the British Columbia Athletic Commission.

He won his last 3 fights since leaving the UFC. First 2 of which were by TKO and his last fight by a decision in December 2021.

He passed away yesterday September 11th 2022.

My thoughts, prayers and condolences to him and his family from me and my team here.