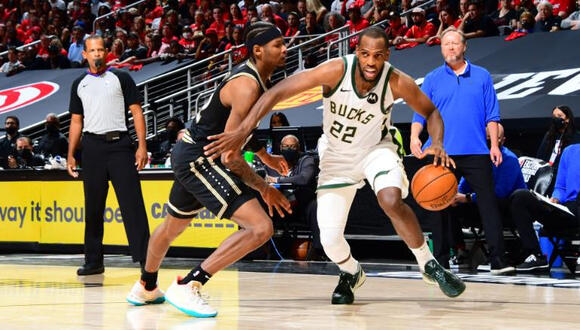 Going into this game the main things to note were that the Atlanta Hawks were facing elimination in front of their home crowd but the one positive for them was that Trae Young was cleared to return to play after missing both games 4 & 5 in a row.

For the Bucks, they were held without their best player in Giannis as he’s still recovering from what looked like a very bad hyperextension of the knee. 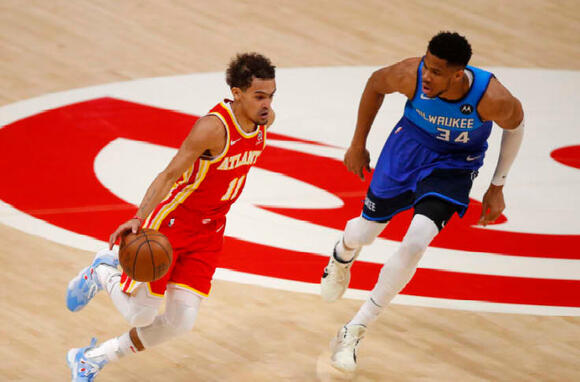 First quarter gets underway and although it was evident that Trae was not his usual self and looked about a step and a half off of his usual self, The Hawks followed suit and seemed totally off as a whole and we saw the Bucks take complete advantage of it and go on a quick 7 to 2 run right in the beginning of the game.

It wasn't until 3 minutes in that we saw the Hawks make their next bucket only to get outscored 8 to 2 in yet another run right after.

Although we did see the Hawks start to get it together and went on a 12 to 3 run themself but then let the Bucks go on another run this time 10 - 0 run that was led by Brook Lopez who scored 8 of them himself.

At the end of the quarter, thanks to Danilo Gallinari making 2 quick 3 pointers the score wasn't too bad and the Bucks ended the quarter with a 4 point lead with the score being 28 24.

Second-quarter begins and in this quarter there was not much of anything from either side besides a quick 6 points by the Bucks in the first two minutes off of 2 three-point shots from Pat Connaughton and Jeff Teague.

It took over 3 and a half minutes for the Hawks to get their first points which came off a 3 pointer from Cam Reddish.

But as I said in this quarter not much happened and both teams missed shot after shot and for 4 minutes straight both teams scored a combined 7 points. For the last 2 minutes of the quarter, we saw the teams pick it up a very little bit and the Hawks outscore the Bucks 12 to 11 to end a quarter where we saw both teams score an equal of 19 points each and going into halftime the Bucks had the 4 point lead still.

The second half of the game goes underway and this was where the beginning of the end begun for the Hawks as they made their first bucket of the quarter a little over 20 seconds into the half but then did not make a SINGLE point for the next 3 minutes.

After that horrible cold streak the Hawks did start to pick it up a little bit as they started to get it together the Bucks only stayed on pace and both teams scored 14 points each for the following 5 minutes but then we saw the Bucks proceed to outscore the Hawks 16 to 11 for the rest of the remaining 4 minutes of that quarter and the Bucks outscored the Hawks 44 to 29 in this 3rd quarter.

The fourth quarter starts and the Hawks do their best to start a little comeback attempt and went on a 20 - 11 point run that lasted for the whole first half of that quarter.

But after that initial run the Bucks did start to make their own shots and although did get outscored for the rest of the quarter they did manage to put up 11 points to the Hawks 15 points scored for the second part of that 4th quarter and after a quick spurt by the Hawks there just was not enough time on the clock and every time the Hawks would make a big bucket the Bucks would come back down the floor and make one of their own which halted the comeback effort.

After an AMAZING post season by the Atlanta Hawks it came to an end right in front of their home crowd and we saw the Milwaukee Bucks punch their ticket to their first NBA Finals since 1974.

As of right now which is Monday, July 5th it is reported that Giannis is unsurprisingly doubtful to play in game 1 which takes place tomorrow in Phoenix at 9 pm eastern time.

Hope you guys can tune in and watch the game.

And of course, hope you guys enjoyed the read!