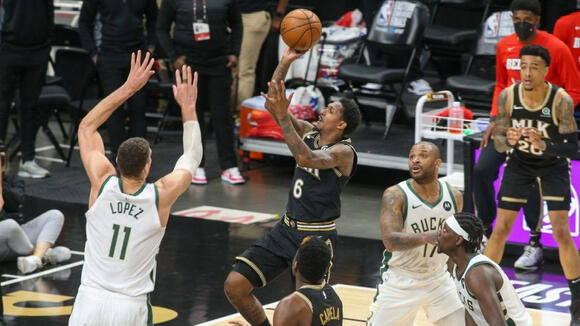 After the late-game runaway win by Milwaukee in Game 3 against the Hawks, Game 4 was once again set to take place in front of the live Atlanta crowd.

The only issue for the Atlanta Hawks is that they would be playing this game without their star player and best player Trae Young after he suffered an ankle injury late in the 3rd quarter of game 3. Although Trae was able to come back into the game in game 3, it was announced about an hour before tip-off for game 4 that he would be out. 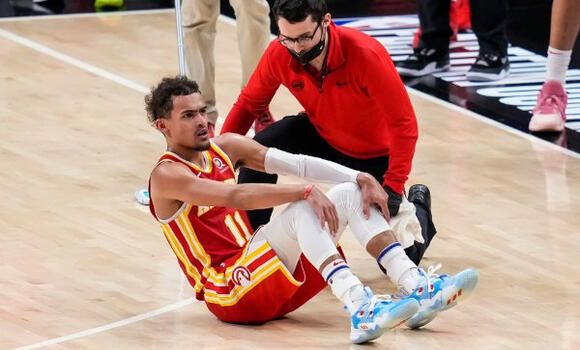 In a way, this was a do-or-die game for the Hawks even though there was no elimination involved. Without their star player, I feel like they felt this was in a way an elimination game because losing this game to then play the next game in front of a Milwaukee crowd would be a very tough task to overcome.

Regardless, First quarter begins and both teams go bucket for bucket right in the first minute where Bogdanovic made a 3 pointer to get the Hawks on the board and Jrue Holiday made a layup for the buck's first points.

Then for the next 3 minutes we saw the Hawks go on a 7-0 run that was eventually broken by a PJ tucker corner 3.

But even still right after we saw Sweet Lou Williams come up the court and shoot a pull up 3 point shot that was all net. From the beginning of the game to now you could visibly see how motivated this Hawks team is this game.

The second quarter begins and you can still see the difference in the level of energy between the two teams and the Hawks came out with a quick 9 to 3 run in the first 4 minutes of the quarter that was led by Rookie Onyeka Okongwu who scored all 7 of his game total points in that run.

Second half begins and right at the beginning of the third quarter both Bogdan and Jrue Holiday make a 3 pointer for each of their teams and for the first 5 minutes of that quarter the bucks outscored the Hawks 14 to 11 to start to make their way to a comeback.

But then at the 7 minute and 15-second mark on the clock we saw Capela go up and make an alley-oop shot and Giannis went up to contest it and on the way down both Capelas right leg and Giannis left leg got tangled up and Giannis got the complete worst of it and he hyperextended his knee very badly. I won't put up a picture of the actual injury because it's not fun to look at.

I am a die hard MMA fan and I also train in MMA and tore my ACL in wrestling practice years ago and would NEVER wish that recovery on anyone even my worst enemy if I had one.

Regardless though prayers up for Giannis, but honestly there's no way this could be good with the way it looked. Thank god Giannis is built like a brick house and has monster legs because if he had some Kevin Durant legs then this man's career would have been over. And that's not even to make a joke or anything, im dead serious.

But back to the game, from the moment Giannis got taken to the back for the rest of the third quarter it was almost like the rest of the team went with him and we saw the Hawks go on a 24 to 10 run taking back complete control of the game.

In the fourth quarter, we can see the Bucks have some motivation and really want to pull something off for Giannis and went on a 13 to 6 run for the first 5 minutes but then for the rest of the quarter got outscored 14 to 10. The Bucks even took their starters out with a whole 4 minutes to go in the game.

Once again prayers up for both Giannis and Trae, it's super sad and unfortunate that both the best players of each team are injured and most likely gonna be out for some time, more so Giannis.

The leading scorers of the game were Jrue Holiday for the Bucks with 19 points and Sweet Lou Williams for the Hawks with 21. But for the Hawks, it was more so a complete team effort where they had 6 players score in double figures to the Bucks 3 players who did.

All around great team play by the Hawks.

The series is now tied 2-2 and the series is completely different going forward with these injuries. Game 5 takes place tomorrow Thursday, July 1st.