California beaches have ticks that carry Lyme disease, but risk of infection is minimal 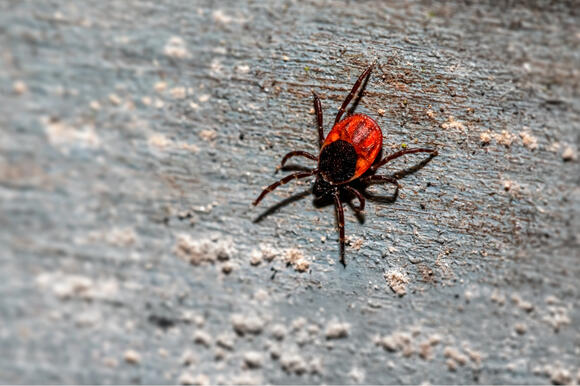 A tick walks across a sandy piece of wood.Photo by Erik Karits from Pexels

Ticks that carry Lyme disease are being found along the coast of California.

Previously thought to be contained to wooded areas and tall grass, new research shows that these ticks are increasingly calling the beaches of Northern California their home.

A study conducted by Dan Salkeld from Colorado State University Fort Collins concluded that beaches from Mendocino County down to Monterrey County had confirmed sightings of the infected creatures.

According to Salkeld, the disease-carrying ticks are now making their way even further south. This includes to locations such as Malibu, Manhattan Beach and Newport Beach.

While the ticks may carry Borrelia burgdorferi, which causes Lyme disease, Salkeld points out that the risk of being infected with the disease in beach locales is low.

"Three combined studies done by other researchers ... found one out of 5,000+ ticks are actually infected. So the risk in Southern California is really low," said Salkeld.

The research conducted by Salkeld showed that approximately 4 percent of the adult ticks in Northern California carry B. burgdorferi.

What is stumping researchers is why and how these critters are living in these coastal areas.

Often found on the East Coast in woodlands and tall grasses, the ticks themselves do not carry B. burgdorferi and rely on blood from a mammal that has been infected.

While common in deer and mice on the East Coast, the animals that would be prime carriers in California do not make the beachfront their homes. This includes deer, mice, squirrels and voles.

Even though there is minimal risk of being diagnosed with Lyme disease from ticks in coastal shrubs and grasses, the number of total Lyme disease cases reported in California has been increasing.

Every year across the country, nearly half a million Americans are diagnosed with Lyme disease.

In order to minimize the risk of being bitten by a disease-carrying tick, public health officials recommend wearing light-colored clothing, using tick repellant when going out (especially on bags, socks and shoes), and pulling socks over pant cuffs to reduce a tick’s access to your skin.