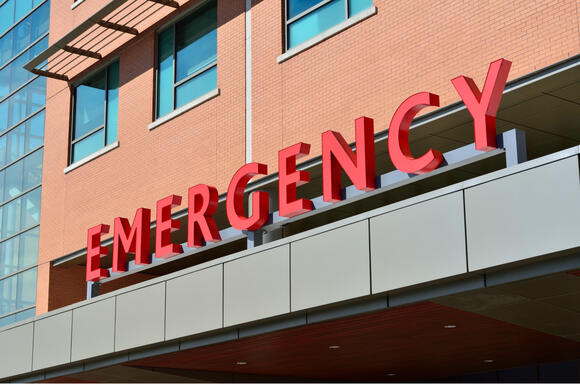 An emergency room entrance.Photo by Pixaby via Pexels

A national watchdog organization released its safety report card for more than 2,700 hospitals across the nation Thursday. Of those, 32 South Florida hospitals were graded, with 10 of them receiving an 'A'.

The grades were given based on a variety of criteria, which included factors such as ability to protect patients from accidents, errors, infections and injuries that were preventable. The safety report car was developed and distributed by the LeapFrog Group.

Of the remaining hospitals that were scored in Miami-Dade and Broward counties, 11 received a 'B' grade, and an additional 11 scored a 'C'. No local hospitals received a failing grade of 'D' or 'F'.

Scoring top in class, Memorial Hospital Miramar was highlighted as the only hospital in South Florida to receive an 'A' on every report card since 2012, giving it an esteemed "straight 'A;" designation.

According to the LeapFrog Group, because of their patient safety protocols, the 27 hospitals nationwide that fall into the straight 'A' category were in a better position to fight COVID-19.

“Hospitals with a consistent pattern of protecting patients from errors, accidents, and injuries, like these straight ‘A’ hospitals, seem to have been more prepared when the pandemic hit,” said Leah Binder, president and CEO of the LeapFrog Group.

The following hospitals located within South Florida received an ‘A’ grade:

The following hospitals located within South Florida received a ‘B’ grade: