FDA announces move to ban menthol in tobacco products, ban would include menthol cigarettes and cigars 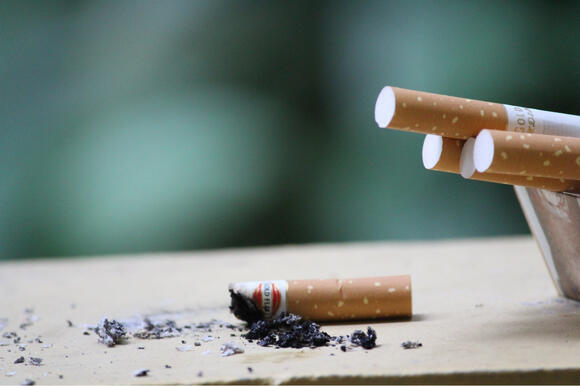 The Food and Drug Administration (FDA) announced Thursday that it will move forward with the process of banning menthol tobacco products, including cigarettes and flavored cigars.

This comes after the Biden administration was urged to pursue a ban by 10 civil rights organizations and African American health advocates followed by a lawsuit filed by the African American Tobacco Control Leadership Council and the Action on Smoking and Health.

The lawsuit claims the FDA did not answer a citizen petition filed in 2013 in which the agency was urged to begin the process to ban menthol in tobacco products, including cigarettes.

"With these actions, the FDA will help significantly reduce youth initiation, increase the chances of smoking cessation among current smokers, and address health disparities experienced by communities of color, low-income populations, and LGBTQ+ individuals, all of whom are far more likely to use these tobacco products," said acting FDA Commissioner Dr. Janet Woodcock.

The new ban will not include menthol-flavored electronic cigarettes.

“The predatory marketing of menthol cigarettes and other flavored tobacco products must be stopped and we should all recognize this as a social justice issue, and one that disproportionately impacts youth and communities of color,” civil rights organizations and African American health advocates wrote in a letter to Health and Human Services (HHS) Secretary Xavier Becerra earlier in April.

Flavored cigarettes, aside from menthol-favored cigarettes, have been banned in the U.S. since 2009. The FDA and outside experts have since concluded that banning menthol in tobacco products would lead to improved public health and, ultimately, save lives.

It is expected that the menthol products included in the ban will still be available for at least two more years before being phased out of the marketplace.