Opioid vaccine in development in the University of Houston network; Researchers to target fentanyl 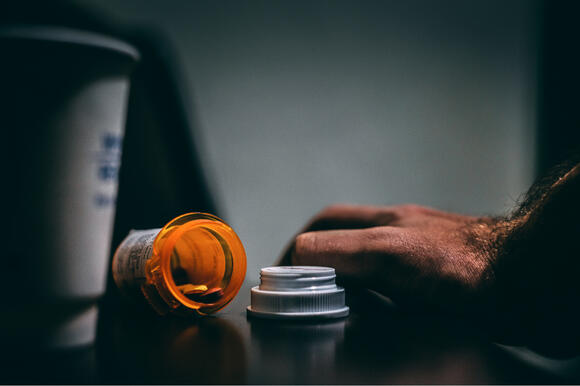 (Photo by Kevin Bidwell from Pexels)

There is good news this week for people who suffer from opioid addiction. There soon could be a vaccine available to help in the battle against the opioid epidemic.

Research is now underway thanks to a $25 million grant from the National Institutes of Health Helping to End Addiction Long-term Initiative (HEAL). With it, vaccine scientists from various facilities are coming together to develop an opioid use disorder vaccine. These facilities include the Precision Vaccines Program at Boston Children's Hospital as well as individuals from the University of Houston network.

Therese Kosten, a professor of psychology at UH, said, "This could be a game changer for addiction."

The vaccine will target fentanyl, which has been named the deadliest drug in America, ahead of both heroin and oxycodone. This synthetic opioid can be up to 100 times more potent than morphine.

Not only is fentanyl cheap to make, it is also often laced into other illegal drugs. This poses a risk to those ingesting it, but it is also a risk to first responders who can be unaware of its presence. Fentanyl is easily absorbed through the skin.

"Fentanyl is different than heroin or other opioids in the way that it stimulates the nervous system. It activates the same receptors in the brain as heroin or morphine but does so by a different mechanism, which makes drugs that can reverse a heroin overdose, like Narcan, almost ineffective against it," said Kosten.

According to researchers, the vaccine would be a twice-a-year injection that could help people struggling with opioid addiction overcome it. However, the research team will also investigate multi-dose versus single-dose immunization strategies, heterologous vaccine strategies as well as any impact of waning immunity.

"An anti-opioid vaccine would protect the brain and nervous system by stimulating the body to create powerful antibodies that target and bind to opioid molecules, preventing them from crossing the blood-brain barrier to reach the brain," said researchers in a press release. "By blocking opioids from the brain, the vaccine would reduce respiratory depression brought on by opioids when they reach the brain."

The number of deaths across the United States involving fentanyl from 2013-2016 increased 113 percent each year.