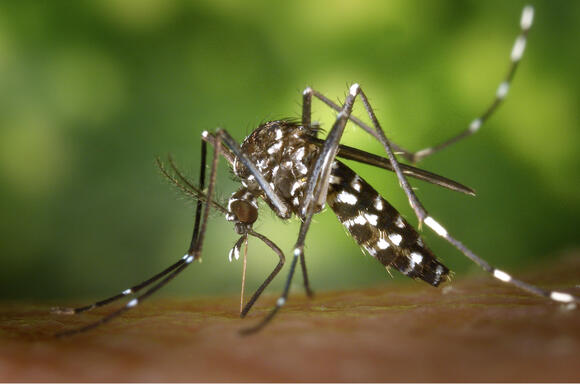 (Photo by Pixaby via Pexels)

This week, members of the Utah Physicians for a Healthy Environment spoke to the alleged health impacts of insecticides used to decrease the adult mosquito population in Utah.

Some of these physicians have called for a halt to all mosquito spraying in the state. In their report, the members list the negative health effects of individuals living in areas downwind of mosquito-spraying areas.

They cited that neurological problems affect adults, children and developing fetuses and that decreased fertility affect both men and women.

State officials have said the methods of application for the mosquito spraying is safe.

In addition, this spraying reduces Utahns from becoming ill with mosquito-borne diseases, such as West Nile virus, according to the Salt Lake County Mosquito Abatement District.

“Unfortunately, (Utah Physicians for a Healthy Environment’s) position does not reflect the current weight of scientific evidence about the risks from treatments for mosquitoes and mosquito-transmitted diseases,” said Ary Faraji, executive director of the Salt Lake County Mosquito Abatement District.

Activists disagree, stating that when insecticide is sprayed efficiently, it is more likely to negatively affect residents in the surrounding areas.

“The term abatement is a huge euphemism, and we should not let that term obscure the fact that this is a practice that spreads biologic poison throughout our environment,” said Dr. Brian Moench, president and founder of Utah Physicians for a Healthy Environment.

At least one study has linked the most common mosquito pesticide to negative neurological outcomes.

Being exposed to low levels of combined pesticides can have an impact on sperm production in men, according to Dr. Kirtly Jones, an emeritus University of Utah professor of obstetrics and gynecology.

“The consequences of sperm counts and DNA abnormalities lead to lowered fertility and increased miscarriages in the partners of men exposed. This is heartbreaking for couples trying to have a child,” said Jones.

In addition, the group of doctors noted in their report that 1 in 32 boys are diagnosed with autism, which is one of the highest rates in the country. They speculate that this can be linked to spraying in the Great Salt Lake region.

The state does not agree with these speculations, however, citing that spraying only occurs in unpopulated areas.

“We strictly follow the federal lead in these regards,” Faraji noted.

A spokesperson for the Salt Lake County Health Department has said “the risk of mosquito-borne diseases like West Nile virus far outweigh the risk of appropriately used pesticides as part of a comprehensive mosquito control plan.”