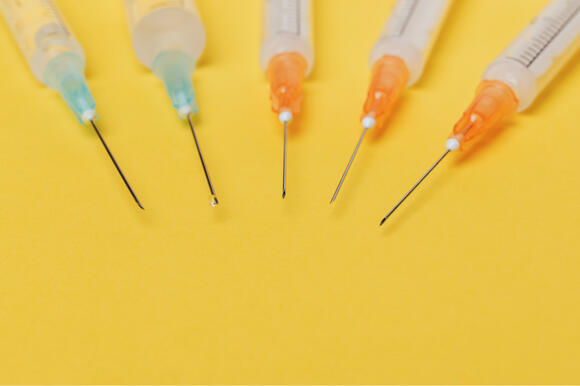 (Photo by Karolina Grabowska from Pexels)

On Thursday, West Virginia Gov. Jim Justice (R) signed a law that restricts needle exchanges throughout the state, sparking the fear that it will have negative health effects on local communities.

Needle exchange programs have been shown to be an effective way to limit the spread of disease by giving new needles to people who are using illegal drugs. Research has shown that this reduces sharing between individuals and it also offers access to healthcare and treatment.

West Virginia has been highly affected by the opioid epidemic as well as multiple HIV outbreaks. Currently, more than a dozen needle exchange programs function throughout the state, However, these programs have not been without pushback.

In 2018, a program in Charleston was shut down in 2018 after complaints were received regarding needle litter. This followed an HIV outbreak in the city.

In February of this year, an official from the Centers for Disease Control and Prevention (CDC) spoke to the Charleston city council committee. The official said that the country's most concerning HIV outbreak was occurring in the city and that it continued spreading among individuals who were injecting drugs.

Also in 2018, Cabell County put limits on its program. By requiring people to use state identification to utilize the program, half of individuals who had been using the program stopped participating. This lead to an HIV outbreak in the area.

“When you have an HIV outbreak, you want to get needles to as many people as possible. This law will instead shut down almost every program in West Virginia,” said Robin Pollini, a public health expert at West Virginia University.

The law signed into law Thursday now requires the state to regulate these programs. Supporters of the law say this response is based on science.

Additionally, supporters have said the law will eliminate needle litter. It will also ensure that programs are state licensed and all programs will now be required to automatically enroll drug users into recovery programs.

Other requirements in the new law include that people will not be able to pick up needles for someone else and that each syringe will be required to be labeled in order to link each needle to a user. In addition, the state will recommend that each program should make attempts to link the number of needles going out to the needles returned.

Because of this, those working in public health disagree that this law will have positive impacts on the community.

Experts in public health have said this move will lead to negative outcomes, including a spike in HIV cases as well as an increased number of people dying from fatal drug overdoses.

“You’re actually talking about human beings here. This will kill them or make them sick,” said Laura Jones at Milan Puskar Health Right in Morgantown.

Charleston’s Solutions Oriented Addiction Response (SOAR) co-leader Joe Solomon said, “There's no doubt in my mind, or any freshman public health analysis, that this bill is an HIV-spreader." He continued, “We're not going to let more of our people die, or get HIV, if we can help it.”