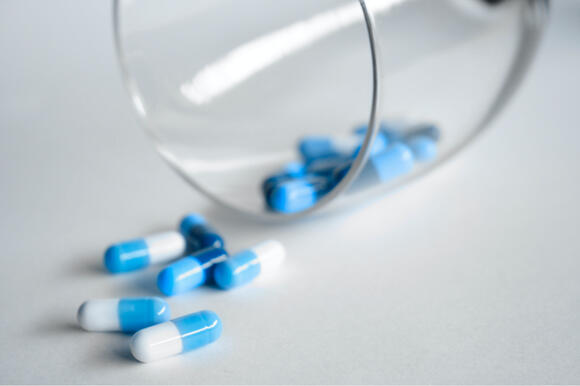 (Photo by Pietro Jeng from Pexels)

Researchers purchased supplements online that included deterenol, which has been prohibited by the U.S. Food and Drug Administration (FDA) since 2004. This stimulant drug has been known to cause negative health effects, such as agitation, palpitations, vomiting, sweating and cardiac arrest.

How did the researchers find these supplements?

"Remarkably, we simply read the label looking for fancy scientific names for the drug deterenol," said study co-author Pieter Cohen, MD, Associate Professor of Medicine at Harvard Medical School. "If the label contained a chemical name for the drug, we tested it, but instead of just finding that one drug, we found nine different ones!"

Study authors concluded, "Weight loss and sports supplements listing deterenol as an ingredient contained 9 prohibited stimulants and 8 different mixtures of stimulants, with as many as 4 experimental stimulants per product. These cocktails of stimulants have never been tested in humans and their safety is unknown."

The researchers came from various organizations and countries, including Harvard Medical School, NSF International, National Institute for Public Health and the Environment of the Netherlands and Sciensano of Belgium.

(Photo by ready made from Pexels)

Raising concern is the fact that, of the nine stimulants found, seven have been previously subject to regulatory actions from the FDA. This includes actions ranging from warning letters to public notices to product seizures.

“The FDA should act swiftly to remove all experimental stimulants from the marketplace. The agency has a number of tools they can use including public alerts, warning letters and mandatory recalls,” Dr. Cohen said.

“Until we can be certain that these stimulants are not found in over-the-counter supplements, clinicians should advise patients to avoid certain high-risk categories of supplements including those marketed as pre-workout supplements and weight loss supplements.”

Cohen went on to say, "Overall, little is known about the health effects of any of these stimulants in humans. Some of the stimulants have never been studied or used in humans before — like DMBA." He continued, “Other stimulants, such as higenamine and oxilofrine, have been used by clinicians and researchers in other countries to stimulate the heart. However, none of these are approved for use by the FDA."

“My concern would be that consumers could suffer similar effects to what was seen in Europe when supplements containing deterenol combined with other stimulants led to life-threatening adverse effects including cardiac arrest,” Cohen said.