The Good and Bad: What New Research Says About Coffee and Your Health 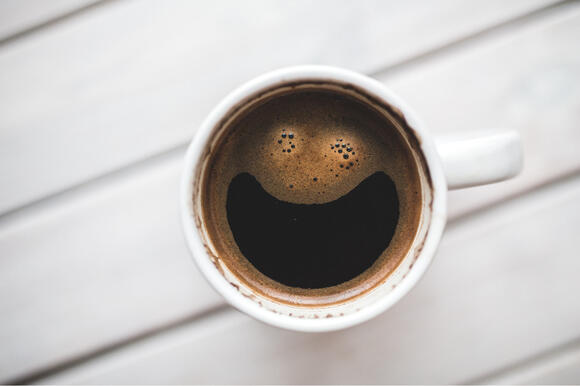 (Photo by Kaboompics .com from Pexels)

Previous research has shown that drinking coffee can have positive health benefits -- but is there such thing as drinking too much coffee?

Two recent studies shed some light on the question.

The first study found that drinking one or more cups of plain, leaded coffee per day was associated with a long-term reduced risk of heart failure.

The second study found that drinking six or more cups of coffee per day can increase the amount of fat in the bloodstream, leading to an increased risk of developing heart disease.

"There's certainly a lot of scientific debate about the pros and cons of coffee, but while it may seem like we're going over old ground, it's essential to fully understand how one of the world's most widely consumed drinks can impact our health," said Professor Elina Hyppönen, one of the study authors and University of South Australia researcher.

So what can we glean from this information? 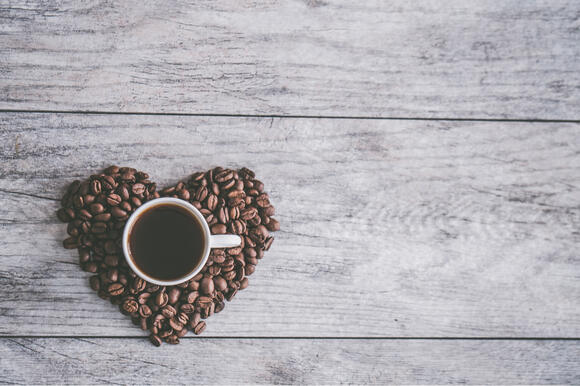 (Photo by Jessica Lewis from Pexels)

The first study, published in the AHA journal Circulation: Heart Failure, reviewed data from three major diet studies. Utilizing analytic tools from the American Heart Association (AHA), researchers found that people who drink one or more cups of plain, leaded coffee each day had a reduced risk of heart failure.

However, this same health benefit was not found for those drinking decaffeinated coffee. In fact, researchers found that drinking decaf was associated with a higher risk of developing heart failure.

"While unable to prove causality, it is intriguing that these three studies suggest that drinking coffee is associated with a decreased risk of heart failure and that coffee can be part of a healthy dietary pattern if consumed plain, without added sugar and high fat dairy products such as cream," said registered dietitian Penny Kris-Etherton in a statement. She was not involved with the research.

Kris-Etherton, immediate past chairperson of the American Heart Association's Lifestyle and Cardiometabolic Health Council Leadership Committee, was not involved in the research.

The three major diet studies included in this analysis were the Framingham Heart Study, the Atherosclerosis Risk in Communities Study and the Cardiovascular Health Study.

The Framingham Heart Study began in 1948 and has been following over 5,000 people and their offspring for 72 years and three generations.

The Atherosclerosis Risk in Communities Study is a longitudinal, multisite, biracial study that began in 1987.

The Cardiovascular Health Study followed individuals over 65 years old between the years 1989 and 1999 in order to study cardiovascular risk in older adults.

When combined, dietary data from more than 21,000 adult Americans were included in the current analysis.

The study concluded that over time, people who drink coffee at least once per day were at a lower risk of heart failure in comparison to people who did not drink coffee.

In fact, researchers found that drinking two or more cups of black coffee per day was associated with a 30 percent decrease in heart failure risk.

"The association between caffeine and heart failure risk reduction was surprising," said Dr. David Kao, senior author of the study and medical director of the Colorado Center for Personalized Medicine at the University of Colorado School of Medicine in Aurora.

"Coffee and caffeine are often considered by the general population to be 'bad' for the heart because people associate them with palpitations, high blood pressure, etc. The consistent relationship between increasing caffeine consumption and decreasing heart failure risk turns that assumption on its head," Kao said in a statement. 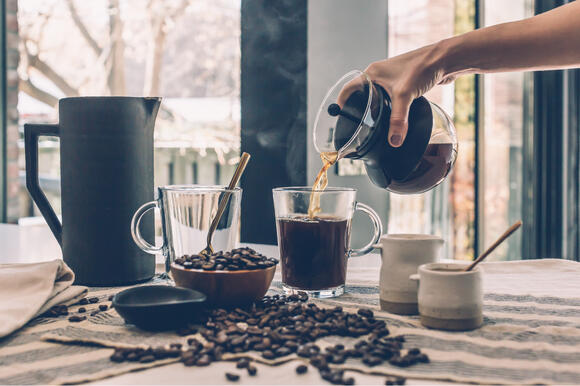 (Photo by Burst via Pexels)

The Bad: Drinking Too Much of Any Type of Coffee Linked to Increased Risk of Heart Disease

The second study was a result of research from the Australian Centre for Precision Health at the University of South Australia. Reviewing diet data from 362,571 British adults 37-73 years old, study authors analyzed whether or not there was an association between regular coffee intake and plasma lipid profile (fats in the bloodstream).

Researchers concluded, "Our phenotypic and genetic analyses suggest that long-term heavy coffee consumption may lead to unfavourable lipid profile, which could potentially increase individuals’ risk for CVD. These findings may have clinical relevance for people with elevated LDL cholesterol."

Hyppönen noted that high levels of blood lipids have long been associated with an increased risk of heart disease, and as "coffee beans contain a very potent cholesterol-elevating compound (cafestol), it was valuable to examine them together."

She went on to say that cafestol can be found in drinks such as espressos, lattes, cappuccinos, French press, Turkish and Greek coffees.

However, she notes, "There is no, or very little cafestol in filtered and instant coffee, so with respect to effects on lipids, those are good coffee choices."

"The implications of this study are potentially broad-reaching. In my opinion it is especially important for people with high cholesterol or who are worried about getting heart disease to carefully choose what type of coffee they drink. Importantly, the coffee-lipid association is dose-dependent -- the more you drink unfiltered coffee the more it raises your blood lipids, putting you at greater risk of heart disease," said Hyppönen.

(Photo by Chevanon Photography from Pexels)

Coffee Consumption in the United States

Ranked 25th in the world for coffee consumption per capita, the U.S. ranks 11th in caffeine consumption worldwide. Nationwide, more than 140 billion cups of coffee are consumed each year.

Studies have shown that in 2019, nearly two-thirds of Americans drank coffee on a daily basis. The average U.S. coffee drinker consumes 2.7 cups of coffee per day, with average consumption over nine pounds of coffee per year.