Mediterranean Diet Could Help Keep Your Memory Sharp As You Age, Study 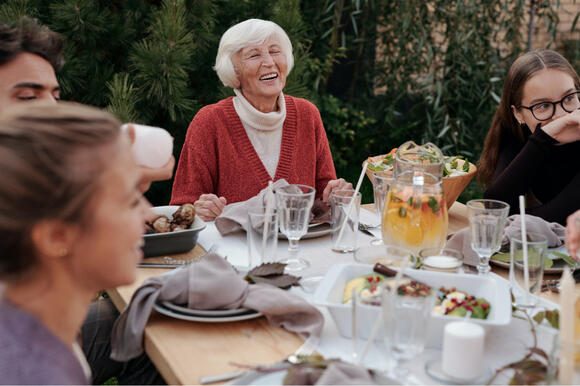 (Photo by Askar Abayev from Pexels)

By assessing the link between diet, thinking and brain health in seniors, the authors of the study concluded that adhering to a Mediterranean-style diet could help keep a person keep their memory sharp as they age.

How the Study was Conducted

To conduct this study, researchers gathered data from 511 individuals who had a median age of 79.3 years old (± 0.6 years). These individuals did not have dementia.

After all the data was gathered, the research team utilized statistical models to analyze whether or not there were associations between diet and cognitive skills as people age.

(Photo by Pixaby from Pexels)

Researchers found that people who follow a Mediterranean diet tended to have higher cognitive scores than those who did not follow this diet. This was even true when accounting for other factors -- such as childhood IQ, smoking, physical activity and other health factors.

Janie Corley, Ph.D., from the School of Philosophy, Psychology and Language Sciences and one of the study's co-authors, said in a statement:

"Eating more green leafy vegetables and cutting down on red meat might be two key food elements that contribute to the benefits of the Mediterranean-style diet."

While the study determined that following a Mediterranean diet could be beneficial to memory as a person ages, there was no link between following the diet and more gray or white matter in the brain.

Corley went on to explain further that:

"In our sample, the positive relationship between a Mediterranean diet and thinking skills is not accounted for by having a healthier brain structure, as one might expect. It's possible there may be other structural or functional brain correlates with this measure of diet, or associations in specific regions of the brain, rather than the whole brain, as measured here."

In the end, researchers concluded:

"These observational findings suggest that adherence to a Mediterranean-style diet is associated with better cognitive functioning, but not better brain structural integrity, in older adults."

Other Benefits of the Mediterranean Diet

The Mediterranean diet has been well-studied over the years, and continues to show positive health effects for those adhering to the mostly plant-based diet. Aside from improved memory as a person ages, here are some other health benefits of following a Mediterranean diet.

(Photo by Huy Phan from Pexels)

Tips to Adhering to a Mediterranean Diet

If you're considering following a Mediterranean diet, here are some tips to help you get started.