Muhammad Usman Siddiqui is a young entrepreneur from Pakistan who started business at the age of 18. He is the CEO of MUS Tips which is the leading tech news website 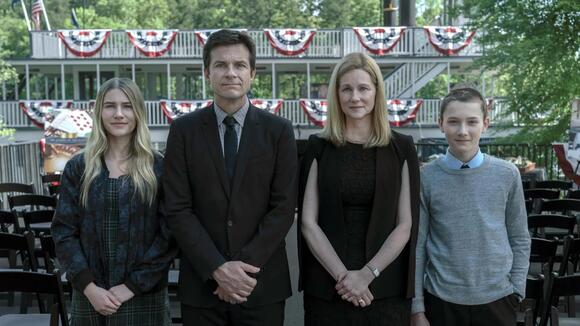 Renewed back in June 2020, Ozark season 4 now has an official release date. Not only this, but production is almost complete and a few last-minute changes are being done. So, buckle up and rewatch all the previous seasons because season 4 is coming back with a bang!

Now, it has been confirmed that season 4 is the final season of the series. And it will bring an end to a whirlwind of a story that began back in 2017. To cherish this last season and give fans a bit more time with it, Netflix will be releasing Ozark season 4 in two parts.

The release date for the first part is quite close. As the new part will be released on January 21, 2022.

The filming for this part began back in November 2020. This is confirmed by Bateman who said:

“We’re going to start November 9. Everything is moving well toward that, and we’re very confident in the guidelines and protocols we’re going to be following. We’ve got tons of consultants, we’re learning a lot from other productions.”

There is still no official word as to when season 4 part 2 will release. According to us, Netflix will probably announce the release date after part 1 releases.

With so close to the release date of the first part, Netflix is teasing fans with pictures of the set. And has already released 2 teasers which all in all tell fans one thing- Be prepared to be wowed!

The first teaser was shared at the TUDUM, a virtual global event by Netflix. Jason Bateman was at the event sharing with fans updates on the new season. While speaking about the progress of filming and release date for season 4, he said the following.

After this, a teaser was shared. The teaser shows Marty and Wendy washing their hair that is covered in blood. On the other side, a huge party is taking place outside the mansion. The 1-minute 37-second teaser ends with the couple hearing a noise from the room and turning to look at it. We wonder who or what it was that made the sound.

Remember the car crash that took place at the end of season 3. Well, the second teaser of Ozark season 4 revolves around it. It was released on November 17, 2021. The video shows a monologue from Marty. It also reveals that it was the Brydes who were involved in the car accident. Many incidents that have taken place to date in the Brydes' lives also play in reverse. This teaser ends with a tagline:

“No ending is reached by accident.”

A few cast members won’t be returning for the finale as they died in season 3. Here is a list of members that you can expect to see in season 4.

Season 4 is the final season of the series. And it will be released in two parts. Each part will have 7 episodes. Hence, Ozark season 4 will have 14 episodes.

Muhammad Usman Siddiqui is a young entrepreneur from Pakistan who started business at the age of 18. He is the CEO of MUS Tips which is the leading tech news website

Based on the same name manga series, Talentless Nana is a psychological thriller that will make you grip the edge of your seat in anticipation. Its full of suspense, crime and lots of exciting plot twists that leaves fans wanting more! Season 1 of the series aired in December 2020. Almost one year later, there is still no update regarding the arrival of the second season. Will there even be a second season? Or has Talentless Nana’s journey come to an end with a single season? Keep on reading to find out the latest information about Talentless Nana Season 2.

The remarkable storyline has made a lot of people to file petitions for a second season, Tokyo Revengers Season 2. Tokyo Revengers debuted with a thud in the spring of 2021 and ever since it has had the anime fans community in a chokehold. But the hype alone does not play a part in the renewal. There are several other factors which account for the sequel’s production. And the lucky fandom has all the odds in their favour. How? To learn more continue reading the article!