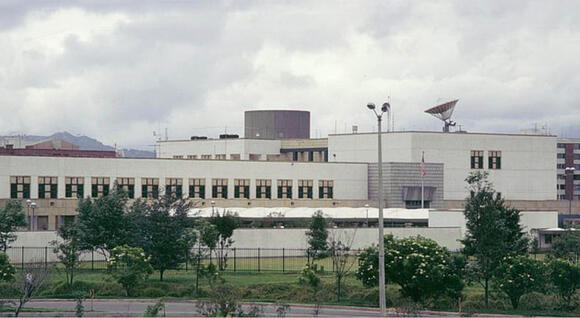 About half of the cases involved CIA officers, 60 have linked to Department of Defense workers, and 50 involved State Department personnel. News reports this week indicate that members of at least five families working in association with the U.S. Embassy in Colombia have reported illnesses directly associated with Havana Syndrome - just days ahead of a visit by Secretary of State Antony Blinken.

The incident includes a child victim.

The symptoms are associated with neurological illnesses; headaches, nausea, dizziness, vomiting, hearing loss, loud sounds 'ringing' in the victim's head, and other issues.

In Vietnam, in August, Vice President Kamala Harris' departure was delayed after a reported attack. U.S. personnel in Hanoi airlifted out of the country after suffering from symptoms. The U.S. Central Intelligence Agency (CIA) evacuated an intelligence officer from Serbia who demonstrated several neurological symptoms similar to the infamous Havana Syndrome, The Wall Street Journal reported.

It's happening all over the world at a growing pace.

Some theorize that the symptoms are caused inadvertently by surveillance equipment, while others believe a mysterious sonic weapon causes incidents. Dr. James Giordano, a Georgetown University professor of neurology, told The Wall Street Journal that the cause could be some form of ultrasonic or acoustic device, a rapidly pulsed microwave, or a laser-based system.

Dr. Robert Bartholomew, a medical sociology expert at the University of Auckland, claims that the syndrome is an example of mass hysteria rather than an accurate medical diagnosis.