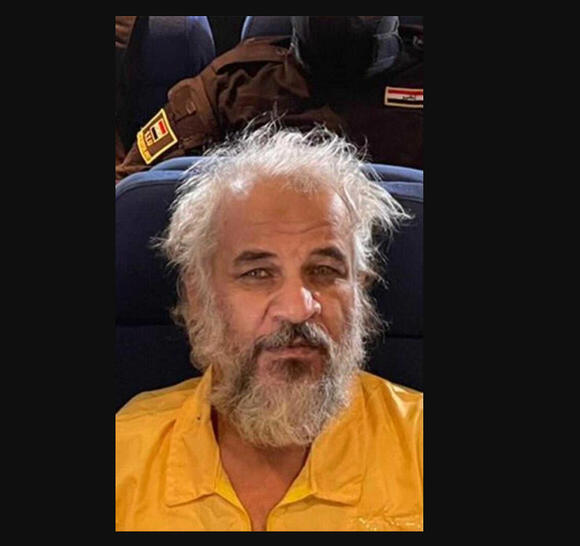 While serving as ISIS deputy in southern Mosul in 2014, he reportedly served as the equivalent of ISIS’s finance minister, "supervising the group’s revenue-generating operations from illicit sales of oil, gas, antiquities, and minerals," according to the U.S. Department of Justice.

Prime Minister Mustafa al-Kadhemi Tweeted that Jaburi was arrested by the intelligence services “outside the borders” of Iraq in a “complex external operation,” without naming the location.

The U.S. had offered a reward of up to $5 million for the capture of Jaburi.

The US Department of the Treasury designated him as a Specially Designated Global Terrorist in September 2015, pursuant to Executive Order (E.O.) 13224, which places financial sanctions on terrorists and those providing support to terrorists or acts of terrorism.

ISIL sleeper cells still periodically launch attacks in Iraq against security forces and civilians. According to an official from the US-led coalition who spoke on condition of anonymity, IS is now “stretched” financially and its operations in Iraq are “very localized.”

Turkey has frequently conducted domestic and cross-border operations against the group for years to eliminate a significant global terrorism threat.