Rule 14. Proportionality in Attack: Launching an attack that may be expected to cause incidental loss of civilian life, injury to civilians, damage to civilian objects, or a combination thereof, which would be excessive in relation to the concrete and direct military advantage anticipated, is prohibited. 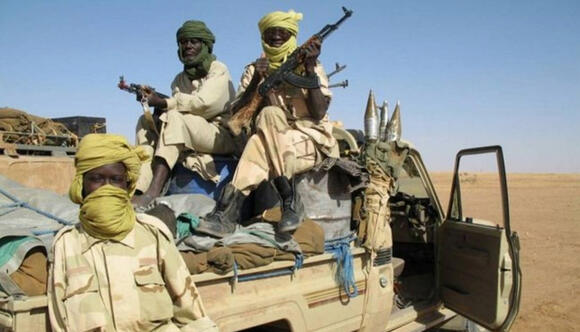 Libyan Warlord Khalifa Haftar is fighting against the UN-backed government in Libya.

"Arbitrary detention in secret prisons and unbearable conditions of detention were also widely used by the State and militias against anyone perceived to be a threat to their interests or views. Individuals and groups - both Libyans and foreign actors - had been identified and may bear responsibility for the violations, abuses, and crimes committed in Libya since 2016." The report said.

"Hundreds of bodies have been found in mass graves after the defeat of Al-Kaniyat militias who used to rule the city under the command of Khalifa Haftar."

At the end of 2020, the United States (US) blacklisted the Al-Kaniyat militia and its leader Mohammed Al-Kani, loyal to warlord Khalifa Haftar. Russia prevented a UN Security Council committee from imposing sanctions over human rights abuses by the group.

Turkish ambassador to the UN, Sadik Arslan, criticized the report's "allegations" which named Turkey as a 'bad actor.' Saying, "the report "isn't comprehensive enough as it hasn't mentioned war crimes and human rights abuses committed in public in Libya," to discredit the report.

Rep. Tony Gonzales of Texas was interviewed on a podcast and said that Panama had detained at least 52 people that they believe are on terrorist watch lists who were en route to the U.S. “She goes, ‘Funny you ask that Tony because in Panama we do biometrics and we have apprehended 52 people that we believe are associated with al Qaeda,’” the congressman recalled.

It's straight out of the "War of The Worlds" TV series. Set in contemporary France, it's a reimagining of H. G. Wells' classic in the style of The Walking Dead. The killer robot dogs look very similar to the ones that we have now.