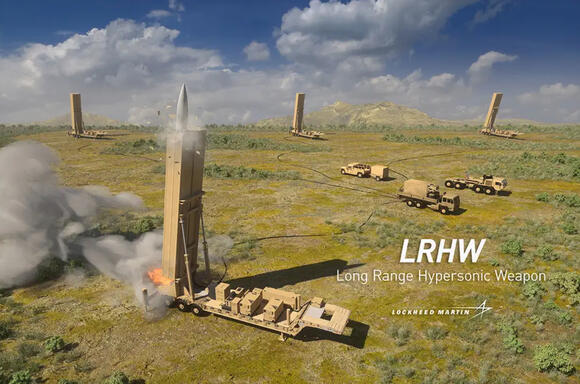 Eric Scherff, vice president for Hypersonic Strike Programs at Lockheed Martin Space, “With this delivery, we’ve taken another leap in advancing this capability to support the U.S. Army’s long-range precision fires vision in support of joint all domain operations."

Hypersonic weapons are capable of speeds greater than five times the speed of sound (Mach 5+) and are a new capability that provides a unique combination of speed, maneuverability, and altitude. 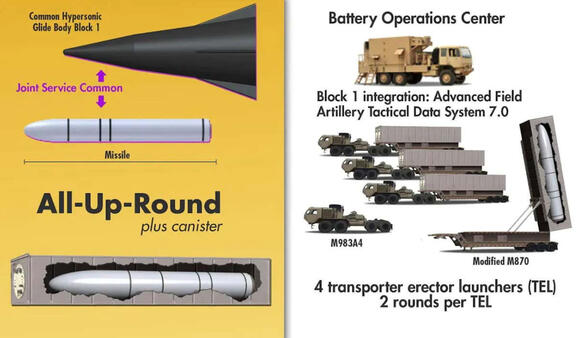 Hypersonics is part of the Army’s number one modernization priority of Long-Range Precision Fires. It is one of the highest priority modernization areas the Department of Defense is pursuing to ensure continued battlefield dominance.

In July, Russia said it had successfully tested a Tsirkon (Zircon) hypersonic cruise missile, a weapon President Putin has touted as part of a new generation of missile systems without equal in the world. The U.S. and its global powers compete to build hypersonic weapons because it's the next generation of arms that block the reaction time and traditional defeat mechanisms.

Meanwhile, in China, a military drone said to cruise for 20 hours at 50,000ft is among warplanes, missiles, and other weapons technology being shown in public for the first time at the country’s biggest air show.

Rep. Tony Gonzales of Texas was interviewed on a podcast and said that Panama had detained at least 52 people on terrorist watch lists who were en route to the U.S. “She goes, ‘Funny you ask that Tony because in Panama we do biometrics and we have apprehended 52 people that have been — that are associated with al Qaeda,’” the congressman recalled. And when asked if the Panama government has reported this to U.S. officials, She goes, ‘There’s no one home. I’m here talking to you because the administration is just absent."

It's straight out of the "War of The Worlds" TV series. Set in contemporary France, it's a reimagining of H. G. Wells' classic in the style of The Walking Dead. The killer robot dogs look very similar to the ones that we have now.

Turkey has requested 40 Lockheed Martin F-16 fighter jets from the U.S. and 80 U.S. modernization kits to upgrade existing warplanes. All those who stand to make big money on the deal want it to go through. It's worth billions, but it's still working through the Foreign Military Sales process, subject to approval by the U.S. State Department and Congress for a reason. And make no mistake, Turkey is a strategic NATO ally due to its geographic location, but it has not been loyal to the U.S.

Saturday, A German Magazine, Der Spiegel, reported that JStark, a 28-year-old German citizen, sought after by intelligence, has been discovered at his home, in his car, dead from a heart attack. Der Spiegel reports that officials have ruled out foul play.

The Epoch Times is shedding new light on China's Maritime Militia. Writer Antonio Graceffo said, "Despite Beijing’s disclaimers, China’s maritime militia is very real. It is composed of vessels that look like civilian fishing boats but are tasked with supporting the Chinese Navy in controlling the seas."

Al-Shabaab, a terrorist group, which some call the biggest threat to Africa, has many means of raising money, including murder, kidnapping, and paying a fake "Islamic Taxation." The taxation is blatant extortion, and some government officials are in on the scheme for financial gain.