What to Do Before You Try Renting in San Diego County 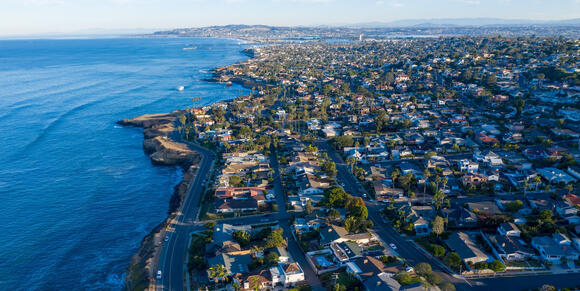 If you’re looking to rent an apartment or condo in San Diego, you’re up against a lot of competition. Luckily, there are some tips that could make grabbing an apartment a bit easier.

San Diego is one of the most coveted places to live in the country — and for good reason. Between the beautiful beaches, awesome food, and the near-perfect weather, America’s Finest City is seen by many as a little slice of paradise.

Of course, because of that, you’ll be up against a lot of competition when you’re looking for an apartment. If you’re on the hunt for a rental in San Diego, here are some tips to consider first.

Get your finances in order

San Diego is not an inexpensive place to live. According to RentCafe, the average rent for an apartment in San Diego is around $2,756. Of course, there are cheaper options in the county than that, but San Diego is still one of the most expensive cities in the U.S.

Because of that, it’s even more important to get your finances in order before starting your apartment search. It’s highly recommended that you pay off any high-interest debt. Start saving up money for a deposit, which can venture into the quadruple digits near the cost.

It’s also a good idea to calculate just how much rent you can afford. A good rule of thumb is to not use more than 30% of your total monthly income on housing.

Familiarize yourself with locations

San Diego isn’t just a city full of beaches. There are many diverse neighborhoods and cities throughout San Diego County, meaning you’re not necessarily ending up in a beachfront condo. It helps to know where to look before you start your search.

In San Diego proper, the beachfront areas include Pacific Beach, Mission Beach, Imperial Beach, and Ocean Beach. The Gaslamp District is near downtown and is known for its nightlife. If you’re looking for an artsier and more progressive area, consider North Park or Hillcrest.

There are also other cities in San Diego County that are worth considering. North County includes beach cities like Encinitas and Oceanside and inland suburbs such as San Marcos and Vista. Most of these cities are about a 30- to 40-minute drive from downtown San Diego, so you’ll still be close enough.

Look into rules and requirements

Different rentals have different requirements. For example, a local property owner who rents out a home or condo might not want pets onsite. Other properties might be completely fine with pets.

Some apartments, condos, or rentals might require a specific credit score range to even apply. While that falls into “getting your finances together,” you’ll need to make sure every applicant on the lease at least reaches that minimum.

Many apartments require their tenants to have rental insurance. There are various options for rental insurance, from online-only policies like those from Lemonade to more traditional plans on an insurance marketplace. Find the plan that suits your needs.

San Diego has an unusually long summer season, meaning that rentals can be competitive in the warmer months. This is especially true for the beachfront areas like Pacific Beach but can affect the entire county.

Generally, March through May and August through October have some of the highest rental rates in San Diego County. That’s because of the influx of tourists in early spring — right before summer — and late fall, when other parts of the U.S. get cooler.

If you try and time your lease signing until the cooler months, you are likely to get a better deal. The ideal time to sign a lease in San Diego is November through February.

Give the lease a thorough comb-through

Speaking of signing a lease, the average rental document in California likely has a lot of legal-speak and intricate details that you’ll want to familiarize yourself with.

It’s critical that you at least give the lease a proper read-through before signing it. If you have the resources to take it to a legal expert, even better. But, at the very least, you should take your time and read the fine print.

You can also read up on the specific rights and responsibilities given to both tenants and landlords in California. You don’t have to be an expert in California housing law, but a rough understanding is better than nothing.

Hoover High School in San Diego.San Diego Unified School District. A school should be a safe and secure place where children can learn in peace. Here in San Diego, local school districts have many measures to ensure that’s the case.

These Are Some of the Fastest-Growing Industries in San Diego

If you’re looking to kickstart a career in San Diego, there are a variety of quickly growing industries to choose from. San Diego may be known for its beaches, fish tacos, and year-round sunshine, but the city is also home to many important industries that drive the local economy. From defense contractors to aquaculture companies, here are some of the fastest-growing industries in San Diego.

Eating out when you have dietary restrictions or food allergies can be challenging, but it gets a lot easier if you choose the right restaurant. As one of the healthiest cities in the United States, San Diego has a culture focused on health, wellness, and fitness. That’s why it’s relatively easy to find restaurants, cafes, and more that can easily accommodate dietary preferences and food sensitivities.

Can't find an at-home Covid test? Here are some good tips.Annie Spratt. Looking for an at-home Covid-19 test can be a frustrating experience, with many stores and retailers sold out of the rapid tests.

Looking to Buy a Home in San Diego? Here's What You Should Know

San Diego's housing market is booming.Stephen Leonardi. If you’re looking to purchase a home in San Diego in the current housing market, there are a number of things that you should keep in mind.

Great Places to Get a Burrito in Escondido, California

Burritos are a way of life in Southern California. So much so, in fact, that pretty much every single one of us has a list of burrito places that we frequent. In the northern San Diego area, great burritos are also not that hard to find with the abundance of excellent taco shops throughout the County.

San Diego has plenty of mountains to climb with awesome views to see.Israel Palacio. When you think of mountains, images of remote, snow-capped peaks likely come to mind. San Diego doesn't have any of those, but we do have a variety of awesome mountain hikes with excellent views of our beautiful area.

Escondido, California has some of the best Mexican food throughout all of San Diego County. Pop into any taco shop or Mexican restaurant in the city, and you're bound to be greeted with some delicious food.