Michelle Jaqua is a freelance writer who lives in the beautiful state of Oregon. She writes about a variety of news and happenings in the Pacific Northwest, along with some PNW history and fun facts. Subscribe to her page and get her posts in your email.

He Doesn’t Really Love You

This is how you know when the love isn’t real 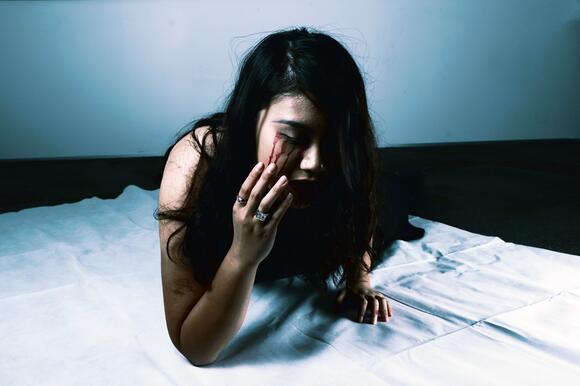 A woman I know recently started a relationship and she was in love with him. He also told her how deeply was in love with her, how they were going to spend the rest of their lives together. He even told her that he dropped to his knees and thanked God for giving him this relationship. She was adored and idolized. He put her on a pedestal so high, she was bound to fall off and hurt herself.

Unfortunately, she figured out he was putting on an act. He didn't really love her, but needed a relationship so badly because he couldn't function without one and his "love" was meant to trap her into a relationship where he completely controlled her.

Afterwards, she told me she was glad to be out of that relationship. However, the hardest thing to get over was that the entire relationship was a sham. He never really ‘loved’ her. His actions didn’t convey his heart. He easily moved on the next victim of his love bombing without so much as a flinch of despair.

Oh sure, he cried when she told him it was over. He tried to pull her back in again. But when it was obvious she wasn’t having anymore of it, he was back to online dating within hours of their final parting.

He was an emotional abuser and a narcissist. Those two personality traits combined are incapable of experiencing real human emotions and nurturing relationship connections. It is all about manipulation and control, and getting what they need to fill a big dark hole in their soul.

These are the signs she saw and figured out he didn't really love her, but instead was using her:

1. He moved too fast in the relationship.

2. He started moving in with her without her realizing it; he brought over his belongings little by little until he had half a closet full of his things, all within the first month of knowing her.

3. He was overly demonstrative in his affection towards her; sending you constant texts, calls, always over at her place, and never giving her time to herself.

4. When he was over, he never helped her with the expenses like groceries or going out to do things. She was paying for his food and expenses while he was with her.

5. He talked about himself, but never asked her any questions about her life, about her day, or her family or friends.

6. He ignored her family and friends when they were around.

He became another man after the initial excitement with him wore off. Unlike many women who would continue a relationship trying to get back that initial spark, she left him. It wasn't easy. But she's much happier now.

Michelle Jaqua is a freelance writer who lives in the beautiful state of Oregon. She writes about a variety of news and happenings in the Pacific Northwest, along with some PNW history and fun facts. Subscribe to her page and get her posts in your email.

Lake Oswego's Festival of the Arts is This Weekend, July 25th-26th!

This year, the Lake Oswego Festival of Arts is so excited to return to the community after COVID-19; it's been named "Reemerge." The festival has expanded to include unique art exhibits and demos for everyone to enjoy.

Rebel Rebel in Old Town PortlandFranklin Weichelt via Google Photos. If you haven't yet seen the Cabaret Queens at Rebel Rebel, then make sure you take yourself out on the evening of Wednesday, June 15th, and watch the Taco Supremes, an all-singing drag troupe!

Cutting the ribbon for the dedication of FlourishArts Council of Lake Oswego. If you drive into Lake Oswego from Portland on Hwy 43, you'll notice a new work of art at the Terwilliger Boulevard intersection. This sculpture marks the boundary of L.O. as people cross into and out of Lake Oswego.

Salt & Straw Has Their New Summer Flavors! Are You Brave Enough to Try Them?

Ever since Salt & Straw came to Lake Oswego a couple of years ago, it has had a steady line of ice cream lovers waiting to try the shop's unusual flavors. During the pandemic, they scaled down their varieties, and stopped offering their monthly but now that summer is here, Salt & Straw is back with more crazy flavors that nobody except an ice cream connoisseur chef could dream up!

In Portland, OR, drag queens are prominent. The Darcelle XV venue has been around since 1967, featuring Darcelle herself, who's now 90 years old and holds the Guinness Book of World Records as the oldest drag queen. I don't know anyone who's NOT been to Darcelle's.

Frida Kahlo is in Town. Here's Where You Can Find Her

Looking for Something To Do in Lake Oswego? Take in Some Art Culture

The Lake Oswego Arts Council is opening the ARTspace gallery with a kickoff the opening with a reception June 3rd, 5:30pm to 7pm at the new City Hall Building at 380 A. Avenue, Suite A, Lake Oswego Oregon.

One Stripe Chai is For the Tea Lover in You

"I <3 Chai" tea in cupPhoto by René Porter on Unsplashphoto. I've always loved Chai Tea ever since I can remember. So, when I came across this locally owned tea company, I had to try out their product.

I've written about Freeland Spirits before, but I once again found this women-owned business again in my path at the Portland Farmers Market. And this distillery keeps getting better and better.

Bee's Cakes is "The Bee's Knees" For Elevated Cakes and Desserts

It was a good day when pastry chef of Rebecca "Bee" Powazek decided to strike on her own and open Bee's Cakes, a whimsical bakeshop specializing in wedding cakes and other delicious treats.

I Tried the Crystal Bed at Hearts Compass in Independence, OR--Here's What Happened!

Crystal Bed at Hearts CompassCourtesy of Hearts Compass via Facebook. I found Hearts Compass last fall, when my husband and I visited the area of Monmouth and Independence, Oregon. I met Lauren and Jenn, the owners of this wonderful little store, which opened in August of last year, and I've been back several times since.

Visit This Women-Run Distillery and Enjoy a Cocktail Flight!

Are you looking for a place to gather with an intimate group of friends for something a little different than a Happy Hour charcuterie board or a glass of wine? You may want to try a flight of spirits at this local distillery, one of very few women owned and run distilleries in the Pacific Northwest and in history.

Enjoy a Coffee With a Cop on March 2, 2022 in the Lents District

holding a cup of coffeePhoto by Nathan Dumlao on Unsplash. Do you live in S.E. Portland? Are you fed up with some of the happenings going on in your neighborhood? Would you like to find out what is being done to improve the area? Do you want to listen to what is going on in the city? Wouldn't it be nice to actually sit down with the police force and talk with them person-to-person and express your concerns?

homeless man on sidewalkPhoto by Clay LeConey on Unsplash. How will the Safe Rest Village Program impact homeowners?. I recently learned about a proposed homeless village site in Southwest Portland in Multnomah Village. This program is being managed through Multnomah County to provide outdoor living structures for those who have no housing.

Are People Going Hungry Because of the Winter Storm?

Here's what you can do to help. I recently read a story about how Meals on Wheels has had to cancel their deliveries for the past two days to their 7,000+ customers. These people are mostly the elderly, disabled, or otherwise, shut-ins that can't get enough food to feed themselves.

"Stop The Violence" Rally at Pioneer Courthouse Square on December 12, 2021 at 1pm

gun control rallyPhoto by Heather Mount on Unsplash. People who are against the rising gun violence in Oregon are gathering to show support for stricter gun laws with an anti-gun violence rally in downtown Portland at Pioneer Courthouse Square on Sunday, December 12th, 1pm-7pm.

The Christmas Work Party is Obsolete

How do we celebrate the best holiday of the year in these modern times?. christmas reflectionPhoto by Mitchell Luo on Unsplash. Long before COVID, I worked for a company that threw quite the work Christmas party. The owner took the employees and spouses (or dates) downtown, out to an expensive dinner. We ate a lavish meal and drank expensive wine. After dinner, we had a scavenger hunt...in limousines. We were met with cocktails and desserts, and drove around town at our whim, checking off the things on our lists. After the hunt, we met back at the hotel where we were given our own room for the night.

If you've seen the adorable 2003 film "Elf," then you'll love this musical about Buddy the Elf, who travels from the North Pole to New York City in search of his real father. When he arrives at the Big Apple, chaos ensues! After finding his father is on the naughty list, Buddy must win over his family and show everyone the true meaning of Christmas.

Where to Find The Perfect Holiday Gift? It's in Downtown Lake Oswego!

I've been watching the news about how gift-giving will be a little more difficult this holiday season. With the pandemic causing delays in deliveries, and shortages of merchandise, it's time to go local and think out of the box for gifts this holiday season.

All Aboard the Tinsel Town Trolley! A Christmas Excursion for the Entire Family

From Friday, December 10th, until Sunday, December 12th, Lake Oswego is hosting the 2021 Tinsel Town Trolley Ride for all ages. Get into the festivities and bring your kids on this 45 minute trolley ride. Decked out in yuletide cheer, the trolley takes you and your family on the historic ride into Portland. You be entertained with games, sweet treats, carols and more.