I write about local food and beverage spots, adventures and events, and updated happenings worth knowing. I may even throw in a little history for the fun of it! I also write about relationships and recovery from abuse and domestic violence. Subscribe to my page and get my info in your email.

Inside The Mind of The Abuser: How He Thinks, Feels, and Why He Acts Out 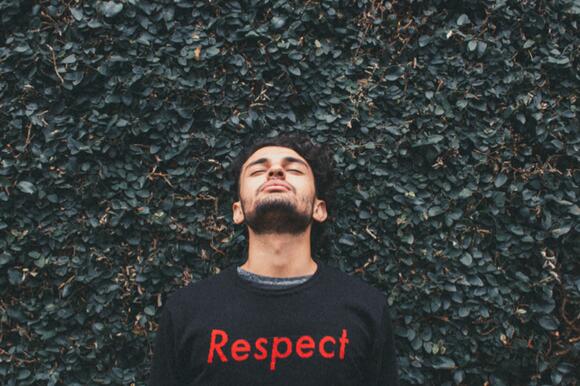 I’ve always wondered why men choose to behave in an abusive way. Is it society? How he was raised? Does he have something he needs to resolve in his life? A man can be charming, kind, and likable in public. He can even be a pillar of the community. However, in private, he feels justified to lie, name-call, control, and lay hands on his partner and hurt her. He may also do this to his children. What exactly is going through his mind to display this kind of behavior?

This type of person has a specific thought process when it comes to his partner. In his mind he sees her as an object, without autonomy, choices, emotions, or needs.

Since she is an object, she doesn’t require his empathy. She is there only for his gratification. He doesn’t look at her as a separate person, but rather a mere extension of himself. His distorted view gives him his right to impose any demands on his partner and his family. He feels justified to behave in any way that keeps his partner in line.

Here’s a glimpse into common feelings and how he processes his thoughts, feelings, and reactions in a relationship:

Aspects that create a healthy intimate relationship, such as honesty and opening up to his partner, makes the abuser feel vulnerable and unsafe. He wants things to work perfectly for him, but any imperfection seen on his side is not acceptable to him. He must feel strong, and he doesn't see being vulnerable as a strength.

His reaction to feeling vulnerable:

Although it may seem like the abuser is independent and can do without his partner, abusers are on the contrary, very dependent. His neediness creates an unrealistic expectation of the relationship. When he feels helpless, he will react to that feeling by trying to control his partner and get her to stay with him by any means necessary.

His reaction to feeling emotionally dependent:

He has a fragile ego and has a hard time taking criticism, even if it’s constructive. It’s common that a man with low self-worth will be more inclined to be abusive to others. Men with a healthy self-esteem would not react in this way. A man who is ‘down on himself’ more easily reacts in anger.

His reaction to his low self-esteem:

The abuser has a fear of being mocked, embarrassed, or betrayed by his partner. He is afraid of losing his family, which he considers an extension of himself.

He is afraid of not being perfect or making a mistake.

His reaction to fear:

This Is NOT Normal.

Many people may believe that these behaviors are part of a “normal relationship.” This is because it’s handed down from generation to generation, on both the abuser’s side and the victim’s side.

This behavior is not normal. It is a toxic way of problem-solving and interacting in a relationship. This is also the man’s problem, although he makes it seem like the woman’s problem. Women in these relationships are typically eased into them slowly by the abuser. He is kind and charming, and over time, his behavior gets more out of control.

It is possible for the abuser to change his thought patterns and beliefs, but his motivation must be internal. The abuser cannot be coerced or manipulated into change. When he starts admitting his behavior is wrong and takes responsibility for the problems he’s causing in his relationship, only then he is open to getting help, real help, for himself.

Note: I’m using the pronoun “he” in this blog because 85% of domestic abuse offenders are men. However, this article is not meant to suggest that all abusers are male. Thank you for your understanding.

I write about local food and beverage spots, adventures and events, and updated happenings worth knowing. I may even throw in a little history for the fun of it! I also write about relationships and recovery from abuse and domestic violence. Subscribe to my page and get my info in your email.

Lake Oswego, OR4 hours ago

Hearts Compass in Independence, OR Hosts Intuitive Readers and other Events in October, 2021

I recently went to Hearts Compass, the metaphysical shop in Independence, OR, to say hello to Lauren and Jenn, the store's owners. I brought my soul mother, because we wanted to meet a reader and intuitive, Judae Bost'n. However, I got my days mixed up, and she wasn't reading until the next day.

woman looking through sheer curtainPhoto by Claudia Soraya on Unsplash. If someone has never experienced intimate partner violence, it’s difficult to understand why a woman stays in an abusive relationship, even when she knows she’s being abused. Leaving may seem as simple as walking out the door. However, leaving abuse is not that easy.

How to Break Your Negative Relationship Patterns

Woman holding up her handPhoto by Isaiah Rustad on Unsplash. We all have unhealthy relationship patterns that we need to break. For some of us, it can be one big red glaring flag that takes us to craziness. Sometimes, it’s small indignations that chip away at our self-respect and eventually break down our relationships.

fire dancingPhoto by Peter John Maridable on Unsplash. I was talking with my friend yesterday about this married man she was seeing. The conversation lately has been painful and difficult because she refuses to see that this is an unhealthy relationship.

Here's How You Can Tell if You’re Dating a Warrior

Have you ever seen a man who's a go-getter? Does he pursue his dreams and fight for what he believes in? He is the opposite of a coward, and he has his morals in check. He is The Warrior.

How I ended up in Beverly Hills on a sunny fall day is a story in itself. But, there I was, in La Cienega Park with quite a few hours before I had to head to LAX for my flight home, and I was hungry.

My Sister-in-Law's Text Left Me in Tears

Hands making a heartPhoto by Jennifer Burk on Unsplash. I’ve been emotional lately. Some life events over the past week have made me feel emotionally paralyzed, and I’ve been struggling to write.

I needed to fly to Los Angeles for the day, and found online the Wilshire Crest Hotel. It was a place to stay for that night, and close to where my appointment was. And it was a reasonable price. Those were my parameters for a hotel, a place close-by to sleep comfortably for the night before my big appointment the next day.

She Missed the Red Flags Wearing Her Rose-Colored Glasses

woman with glassesPhoto by Timothy Dykes on Unsplash. “I forgot he did that to me,” My friend, Jessica, said the last time I talked to her. She’d been in an emotionally abusive marriage for 25 years before she decided she’d had enough and divorced five years ago. Now, she’s in a relationship with a married man for the past six months.

I Found My Soul Mother on a Neighborhood App

How she finally appeared in my late stage of life. FYI, this is NOT me and my soul motherPhoto by Logan Weaver on Unsplash. My neighborhood was experiencing a string of car break-ins, and I was trying to get to the bottom of it.

Saying Goodbye to a Parent

It was a bittersweet ending to our summer vacation. This is similar to what the view was like from Harbor Mountain.Taylor Dylan on Unsplash. My husband and I recently took a trip to Sitka, Alaska, where he grew up with his seven siblings. We were hitting all the sites, and on our last day there, we drove up to Harbor Mountain with his brother and his significant other.

Visit Hearts Compass in Independence, OR. The Gift Shop for Your Healing and Spiritual Needs

Hearts Compass bookshelf and healing productsHearts Compass on Facebook. When I walked into Hearts Compass on our recent trip to Independence, I met Lauren sitting behind the desk. I immediately felt at home with her. She has a kind demeanor, and outgoing enthusiasm about all that is metaphysical. It turned out the Lauren, and Jenn (who was at a rock and crystal show in Denver at the time) are the owners of Hearts Compass.

Brass Tacks in North Portland is Closing Its Doors Permanently on October 9th.

After ten years of service to its dedicated customers, the popular women-operated sandwich shop in North Portland, Brass Tacks, closes its doors. Known for their pickles and vegan sandwiches, this shop has been a favorite since they opened in Portland, Oregon's Boise Neighborhood in 2011.

The City of Lake Oswego is finally opening its doors to the new City Hall with a grand opening celebration. The new Lake Oswego City Hall and Plaza building is now located at 308 A Avenue, and the event will be held on September 21st from 5:30–7:30 pm.

people cheering with wine glassesPhoto by Kelsey Knight on Unsplash. When my husband and I were in town, the locals recommended we check out Crush Wine Bar for the ambiance and quality wine tasting. However, nobody told us that Crush was so much more than that.

Enjoy a Relaxing Stay at MaMere's Guest House in Downtown Monmouth, OR

Pampered is the first word I come up with when I think about our stay at MaMere's Bed and Breakfast. My husband and I were celebrating our anniversary with a short trip out of town. We love staying at Bed and Breakfast accommodations because we enjoy the personalized service and prefer to support a small family business over a motel chain. And if you believe that B&B's are more expensive, we've found the opposite to be true, especially when you add in a gourmet brunch.

I Have Been Blessed With My Husband's Daughter; How We Have Become a Loving Extended Family

Three people on a rock at sunsetPhoto by Ivana Cajina on Unsplash. It's not easy being a step-parent. The bond between the adult child and the parent is a wall you don't want to break. Stepping in as a 'second parent' can be difficult to navigate. Never having been a step-parent before, I threw my entire self into the role. It was important start out on the right foot.

Is you best friend furry and four-legged with a loyalty unmatched by any human? Do you have a fur baby that you cherish? Do you love to spoil your pup whenever possible? Would you love to indulge them with an evening of total fun and get some goodies while you're at it?

All Aboard The Sasquatch Shuttle! Bring Your Dog and Leave Your Car Behind

Sasquatch driving a busSasquatch Shuttle on Instagram. If you'd love to view our beautiful Columbia Gorge without worrying about the traffic, parking, and a possible car break-in, try riding the Sasquatch Shuttle!