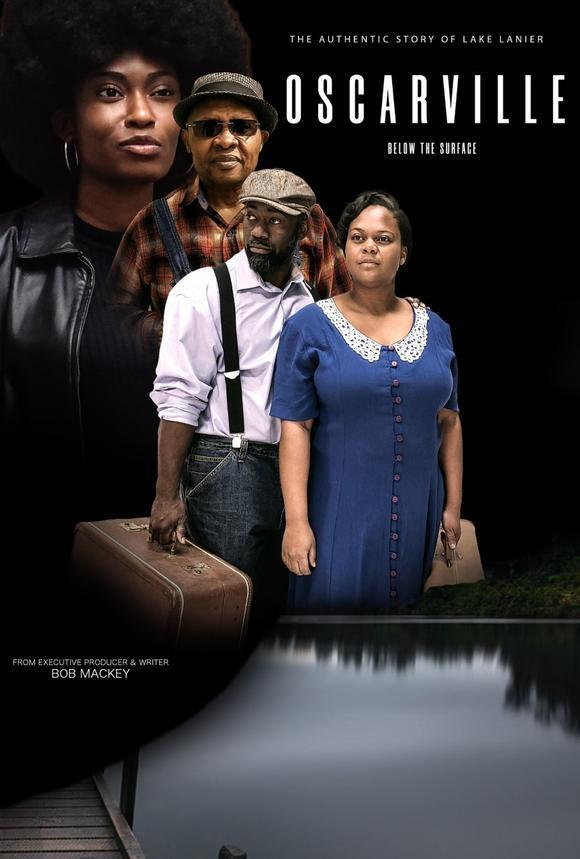 (Forsyth County, GA) Lisa Crosby has been teaching Georgia social studies classes to middle and high school students in North Georgia for more than two decades, but she didn’t learn the history of the town of Oscarville in any textbooks.

She learned about it just a year ago – from an article online. 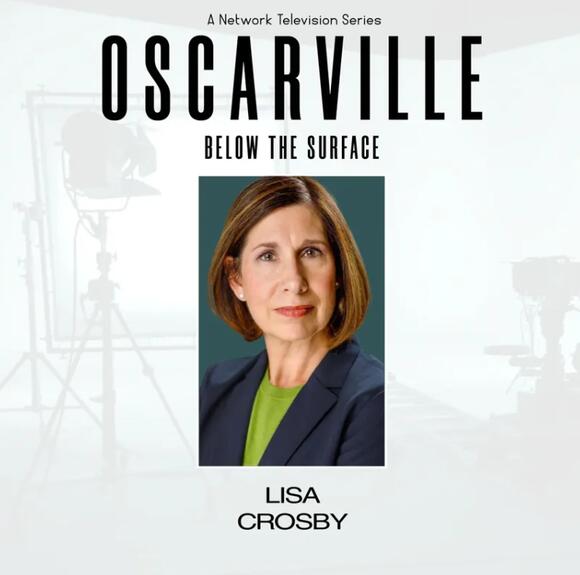 “I only knew bits and pieces about Forsyth County's racial history,” Crosby said. “I had heard talk of a town buried under Lake Lanier, but I didn't know it was called Oscarville. I had never heard the story of Oscarville and the racial cleansing that occurred there in 1912. It made me wonder why people were still silent about this time period. Did the history just get pushed aside? Or was there a deliberate effort to bury the past under the surface of the lake?”

On being cast in “Oscarville: Below the Surface”

At the time Crosby was doing her own research on the town of Oscarville, she began taking acting lessons and having headshots made in hopes of breaking into the film industry. That’s when she came across Bob Mackey, the creator and writer of “Oscarville: Below the Surface” - the fictional television series based on the true events of what happened to the town of Oscarville and its people when it was flooded to create Lake Lanier (For a refresher, check out the history of Lake Lanier here).

“I took a chance and sent Bob Mackey an email introducing myself and letting him know I would be thrilled to have any role that might be available in the series,” Crosby said. 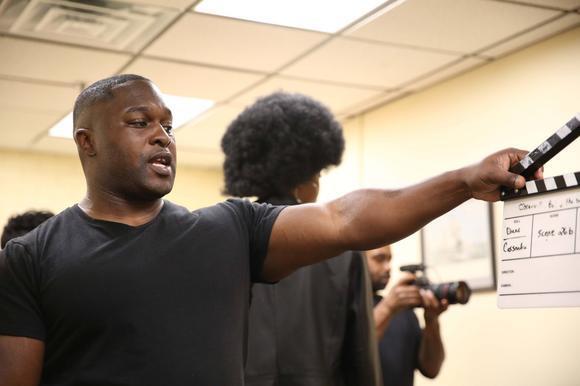 After an audition on Zoom, Crosby was cast as Professor Warner, a descendant of a prominent family from Forsyth County.

“Professor Warner believes that by teaching the lessons of Georgia's past, she is helping the next generation understand the racism that has plagued the state,” Crosby described. “Toward the end of the scene, however, she realizes the role that her family played in the history of Forsyth, and she leaves class devastated and in disbelief.”

Being a Georgia history teacher has proven to be a benefit for Crosby when she started preparing for the new role.

“My familiarity with Georgia's history along with my many years in the classroom gave me the confidence I needed to play the part of Professor Warner,” she said. “I felt relaxed and at home with the role. I could identify with the challenges Dr. Warner faced as she stood before her students of various ethnic backgrounds, and discussed the hard history of Georgia and in particular, Oscarville.”

Crosby said in the nearly 20 years she has taught in this area, she has seen Forsyth County -- which remained all white for several decades after the racial cleansing of 1912 -- grow to be a diverse, multi-cultural community. She has seen an influx of Asian, Black, Hispanic and Turkish students in schools.

She also noted the community as a whole is working to come to terms with its violent and divisive past, as evidenced by the installation of a historical marker documenting the 1912 lynching of Rob Edwards, a Black man who allegedly raped and killed a white woman. The alleged incident is what prompted white residents of Forsyth County to chase all Black residents out of town.

Crosby also credits a foundation that has been established to create scholarships for the descendants of the victims of the racial cleansing in Forsyth County.

“I hope viewers of the series gain some clarity regarding Forsyth County's past racial history,” Crosby said. “The purpose of facing the unpleasant events of history is not to point the finger at anyone. Today's white population should not be framed as the oppressors any more than today's Blacks should be considered victims. The truth should serve to heal the community and bring people together.”

Crosby hopes to take her acting career to the next level by retiring from teaching and pursuing other roles in film and television. She said she has an interest in working in faith-based, family, and historical films because she can build on her experience of telling the stories of our nation’s past to her students.

“I feel that film acting is an extension of many of the skills I developed as a history teacher, namely that of being a storyteller,” said Crosby. “I always worked to make those stories interesting and relevant for my students by providing a personal connection to the past. That's what I hope to do as an actor, provide viewers with personal connections to my characters and their stories. I hope to portray characters that cause people to laugh, cry, and perhaps see a little bit of themselves.”

“Oscarville: Below the Surface” premieres on Friday, September 30. Read Trailer released for TV series about Oscarville, the town submerged under Lake Lanier to get details on how to watch the trailer and first episode.

Traffic shift on State Route 400 delayed until after holiday season(Image/Georgia Department of Transportation) (Forsyth County, GA) Drivers expecting lane closures and traffic shifts on GA State Route 400 this weekend will get a reprieve for several weeks. That’s because the plan to begin work to shift traffic in Fulton and Forsyth Counties this Friday, November 11, is now delayed until after the holiday season.