(Forsyth County, GA) Television viewers across the country got their first look at a new show featuring what makes Forsyth County a dream place to live. 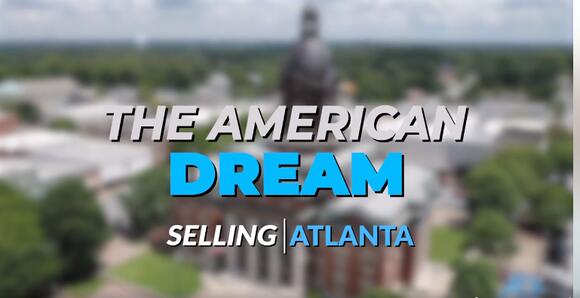 ‘The American Dream’ is a nationally syndicated show filmed in select cities throughout the country, highlighting what makes them dream destinations to live, work and play.

Viewers who missed the show can still watch it. Episodes of ‘The American Dream: Selling Atlanta’ are streaming on Roku, Apple TV and Amazon Fire. Subscribers to those services can search for the American Dream TV channel. 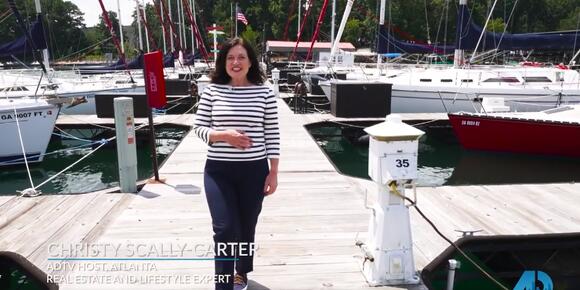 Scally Carter also posted the episode to her Facebook page.

“It was such an honor to see the segment aired,” said Scally Carter.

She said has received numerous texts from friends who saw the episode. Some even sent photos of it on their television screen.

Scally Carter was selected as a host in July after producers for the show did a search throughout the Atlanta area for real estate experts. She said being chosen is a dream come true.

“It almost doesn't seem real that after going through so much in life in my past with devastating events, no money, just pure grit, determination to support my kids, and starting a business 8 years ago in real estate has brought me to this point,” said Scally Carter. “Life truly is a journey and I am honored to be able to help others on their own journey.”

Scally Carter requested to have Forsyth County resident and professional photographer Margaret Buell, of Buell Productions, take on the role of videographer.

For their first segment, the duo headed to Lake Lanier where they profiled Lanier Sailing Academy as a local business visitors looking to have fun on the water can check out. They also featured lake property belonging to the Lawson Family.

The team will feature more highlights of Forsyth County in future episodes. Check The American Dream on Facebook for more information about the show.

If you have a news tip in Forsyth County email michelle.hall@newsbreak.com