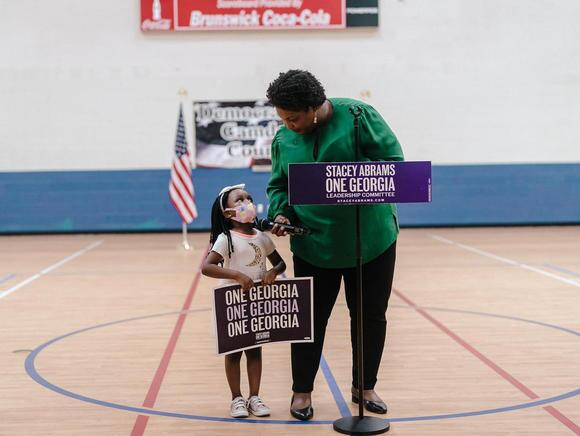 Stacey Abrams will be the featured guest at the One Georgia Assembly on Sunday, September 18 at the FoCAL Center(Photo/Stacey Abram's Facebook page)

Abrams, the Democratic nominee for governor, is challenging incumbent Brian Kemp (R) in the November 8 General Election and Special Election.

In addition to Abrams, the forum also will feature 6th Congressional District candidate Bob Christian, as well as candidates running for seats in the Georgia House and Senate and local offices.

The 6th Congressional District is made up of Forsyth and Dawson counties as well as parts of Cobb, Cherokee, Fulton and Gwinnett counties.

Tickets to the One Georgia Assembly are free, but since space is limited, registration is required. Click here to register.

After the assembly, the Forsyth County Democrats will host a fundraising dinner for its group. Tickets can be purchased with a donation of $100 per plate. Those attending the dinner will hear more from Georgia Democratic leaders and candidates. Click here to purchase tickets to the fundraising dinner. 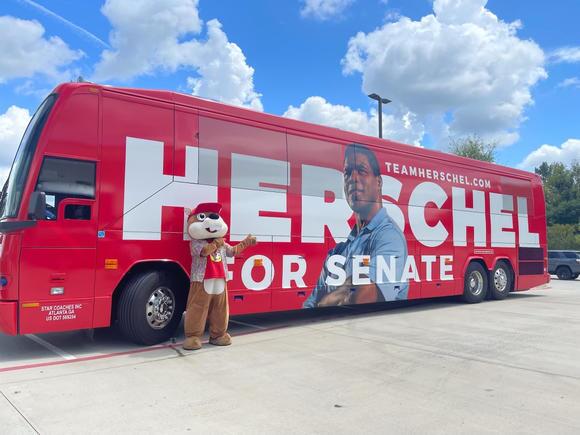 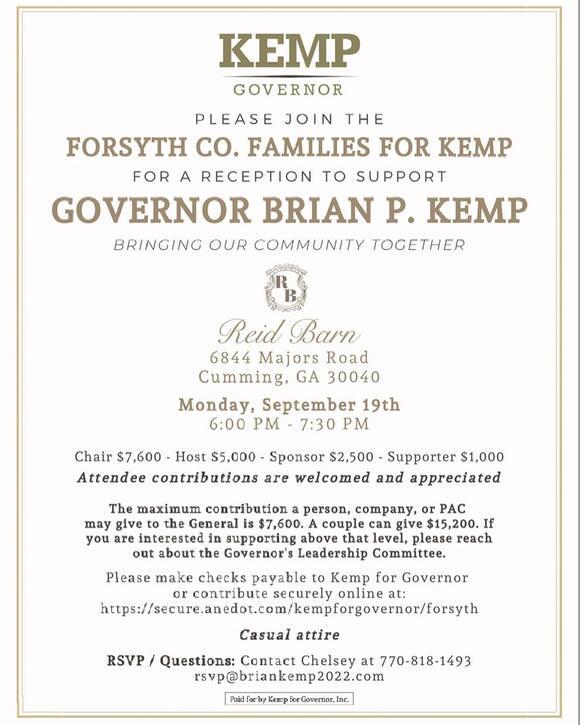 Kemp will be at the Reid Barn on Monday, September 19 for a campaign fundraiser(Image by Forsyth County Republican Party)