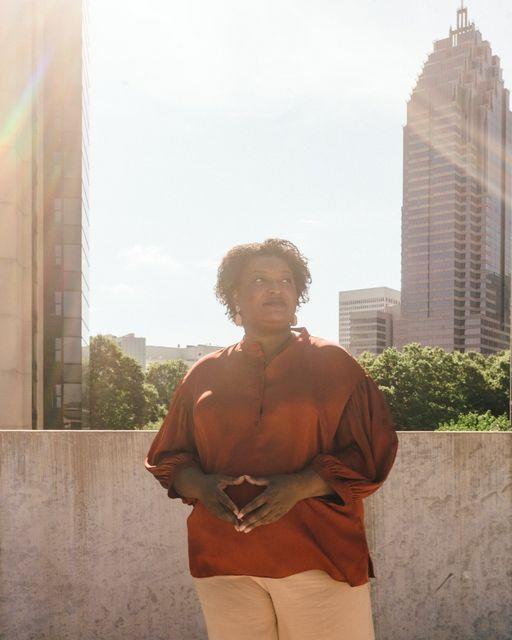 The event is free and open to the public.

“The contrast of Abrams coming to Forsyth County to engage with voters at a public and free event while Kemp wishes to only address those voters who can afford to engage with him should be all that voters need to know about what matters most to each candidate,” said Forsyth County Democrats and 6th Congressional District Chair Melissa Clink. 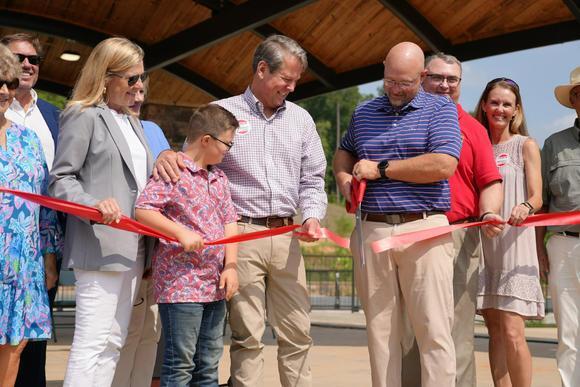 The spokesperson for the Kemp campaign said last week they are looking forward to sharing their message with residents of Forsyth County.

“Our campaign is laser-focused on building the resources and support necessary to win in November and stop the disastrous Biden-Abrams agenda from taking hold in Georgia," stated Tate Mitchell, the press secretary for Kemp’s reelection campaign.

For more information about the Forsyth County fundraiser for Gov. Kemp click here.

Meanwhile, the Forsyth County Democrats held a fundraising dinner on Tuesday, Aug. 23 at the Veterans of Foreign Wars Post 9143. Members coordinated campaign efforts and heard from candidates running for various offices in the November 8 General Election and Special Election. 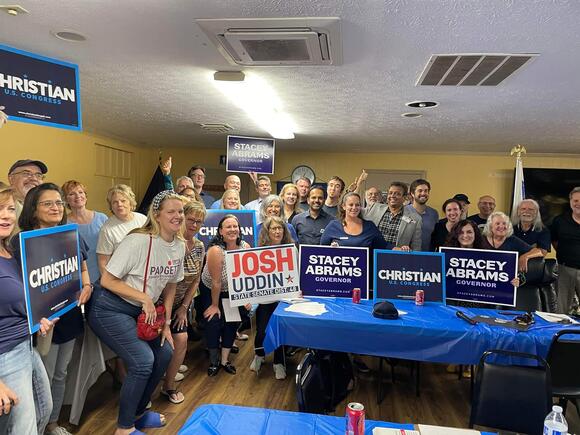 “Last night’s energetic meeting reminded our Forsyth Democrats that we've been up against tough odds before and have come out victorious,” said Clink of the Forsyth County Democrats. “With hard work and hundreds of volunteers working together to encourage every eligible voter to vote in this election we know we can repeat the success of 2020 and the 2021 senatorial runoff.”

Clink also said many of the delegates from the 6th District will head to Columbus for the Georgia Democrats State Convention on Sat., August 27.

How safe do you feel in Forsyth County? Sheriff’s Office wants feedback on job performance

Tourist spending on the rise in Forsyth County

Father and son hike to the Indian Seats at the top of Sawnee Mountain(Photo/Discover FoCo) (Forsyth County, GA) More tourists are heading to Forsyth County, according to new information released by Discover FoCo, the county’s Destination Marketing Organization. The group also reports that Forsyth County is now ranked fifth out of the 34 counties that make up the North Georgia travel region.

(Forsyth County, GA) Drivers heading through northern parts of Forsyth County will need some extra patience this week as road construction is forcing one lane to close. The right traffic lane on SR 400 northbound from exit 17 (Keith Bridge Rd/SR 306) to Martin Road will be closed from 9 a.m. until 4 p.m. this week, weather permitting. The lane closure began on Saturday, September 17 and is expected to last for a week, except on Sunday.

(Photo/Oscarville: Below the Surface) (Forsyth County, GA) The fictional series inspired by the true story of the town of Oscarville is one step closer to becoming a reality. On Thursday, September 15, the official trailer for the first episode of “Oscarville: Below the Surface” was released. The trailer can be viewed on the official website, Facebook, and YouTube accounts for the series.

(Forsyth County, GA) With the November 8, 2022 General Election and Special Election less than two months away, the push is on in Forsyth County to recruit poll workers. The Voter Registrations & Elections Office has scheduled several orientation sessions for Forsyth County residents interested in learning more about what a poll worker does.

(Forsyth County, GA) How did an actress from South Carolina come to star in a television series based on the Black town submerged in Lake Lanier? It began with a Facebook post.

(Forsyth County, GA) Forsyth County residents can receive the new bivalent COVID-19 booster at the Department of Public Health, as shipments of the vaccine have been arriving in Georgia this week.

(Forsyth County, GA) More details have been released about Stacey Abrams’ (D) upcoming campaign stop in Forsyth County. Stacey Abrams will be the featured guest at the One Georgia Assembly on Sunday, September 18 at the FoCAL Center(Photo/Stacey Abram's Facebook page)

(Photo/Four Scyths Haunted Attraction on Facebook) (Forsyth County, GA) Clues are being planted around Forsyth County this month, and the race is on to find them. But contestants are not tracking down typical scavenger hunt items like a blue pen or empty paper towel tube; they are on the hunt for envelopes containing free tickets to the upcoming House of Four Scyths Haunted Attraction.

The new Dunkin' will open Friday, September 2 at 5290 Matt Hwy(Photo/Dunkin') (Forsyth County, GA) Dunkin has a big prize in store for the first 200 guests who walk through the doors of its 200th location in metro Atlanta - free coffee for a year.

While free lunch for all Forsyth County students is over, some may still qualify

(Forsyth County, GA) Forsyth County Schools is hoping to clear up some confusion regarding school lunches. Frequent posts on social media may be leading some residents to believe free lunch is no longer available to those in need. In fact, the national Free and Reduced Lunch program was never eliminated. What has changed this year is the US Department of Agriculture (USDA) has ended the nationwide program that provided free lunch to all students across the country for the past two school years.

Kayak race just one of many activities held on Lake Lanier(Photo/Getty Images) (Forsyth County, GA) Lake Lanier is a destination for many who live in Forsyth County seeking fun in the water. But what lies beneath the lake is the subject of legends and lore. That’s why one Georgia man has made it his mission to reveal the true story of the town under the surface.